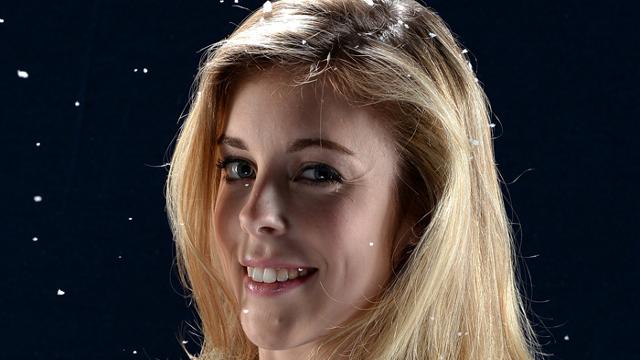 In the aftermath of being named a third place berth on the U.S Olympic female figure skating team, Ashley Wagner, once the golden girl of the sport has now come to find herself the subject of heightened scrutiny and hate.

The pouring of social media outrage came after fellow skater Mirai Nagasu was knocked out of an almost certain berth after Wagner fumbled on at least two separate occasions and coming in fourth amongst fellow competitors.

Since the contentious placing, fans of Nagasu have launched a tirade against Ashley Wagner with many questioning Wagner’s veracity to compete and the elimination process itself.

The outrage has led to Wagner opting out of social media until fate the Sochi games.

Told Wagner via People mag: ‘Twitter is a blessing and a curse at the same time. It’s tough to filter out the good things that you hear and the awful things that people will write, so I’m going cold turkey.’

Defending their decision, Pat St. Peter, president of the U.S. Figure Skating Association, said the national championships are not the Olympic qualifiers.

Told Peter: ‘If you look at Ashley Wagner’s record and performance, she’s got the top credentials of any of our female athletes.’

In trying to understand why Nagasu was overlooked, the wsj’s speakeasy hypothesized: But given the dramatic and unprecedented nature of USFS’s decision, it’s hard not to see other reasons for the slight — conscious or unconscious.

Wagner’s flowing blond hair, bellflower-blue eyes and sculpted features mark her as a sporting archetype: She’s the embodiment of the “golden girl” the media has extolled when they’ve waxed poetic about idealized ice queens of the past, from Norway’s Sonja Henie to East Germany’s Katarina Witt, a marketer’s dream who’s already signed up tent-pole sponsors like Nike, Pandora Jewelry and CoverGirl, which assessed her Teutonic beauty as being worthy of serving as one of their global “faces.”

Which forces a consideration of what do we necessarily mean by sporting acumen if sporting achievement is now conditional on the look of the athlete?

Continues wsj: Pundits are largely more discreet these days. No one will state outright that Nagasu may have had her dream punctured because Wagner better conforms to USFS’s central casting fantasy, and the millions in corporate support that might follow it.

Either way, sporting enthusiasts are crying foul as a bygone tradition of merit paving the way of success is once again challenged in a society that increasingly is valuing (behind closed doors) status, looks and connections foremost. Something that may have always been the case except for a short period in the first place if history is a guide.