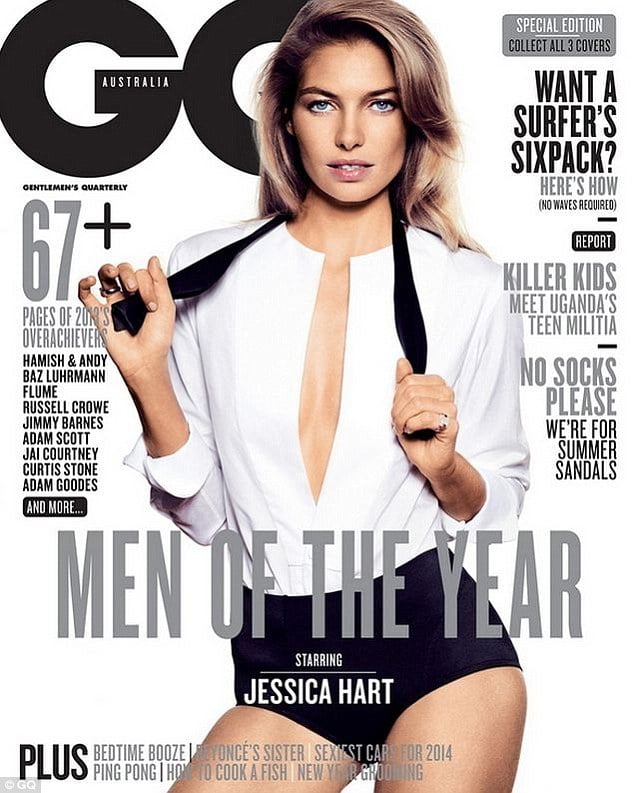 Victoria’s Secret After party 2013. A who’s who of who wanted to be seen.

It seems the long love affair between Aussie supermodel Jessica Hart and Victoria’s Secret has abruptly come to a close purportedly after the snarky model went on to tell Taylor Swift didn’t ‘just fit in,’ during last months’ 2013 Victoria’s Secret fashion show.

None too pleased, executives at the retailer have told that they will no longer be using the 27 year old model in catalogues or for that matter to once again appear in upcoming shows.

Asked if Taylpr Swift could ‘pull it off’ as a lingerie model, Jessica Hart, who was at the Victoria’s Secret after party at Tao, replied: ‘No. . . God bless her heart. I think she’s great. . . But I don’t know, to me, she didn’t fit.’

Oops! Damn bixch. ‘Did I just say that?’

Probably advised that she had crossed the line of ‘corporate’ proprietary Jessica Hart went on to tell the following week a new tune when she out of the blue told US Weekly:

‘I adore Taylor Swift and I was so excited to be with her at the Victoria Secret Fashion Show. . . She is a true rock star and she absolutely killed it the other night.’

Oops! I just want my job back. Don’t can my uppity non appreciative ass please.

Unfortunately it was not to be this despite Victoria’s Secret’s chief marketing officer (read press troll) Edwark Razek told the world all that shit was just a silly misinterpretation. Nevertheless our collective hero caused enough dissent to get herself axed.

At present Victoria’s Secret and reps for Jessica Hart have declined to comment on the matter. No word yet from Taylor Swift who is currently smiling with a little dagger pointed at her Jessica Hart voodoo doll…