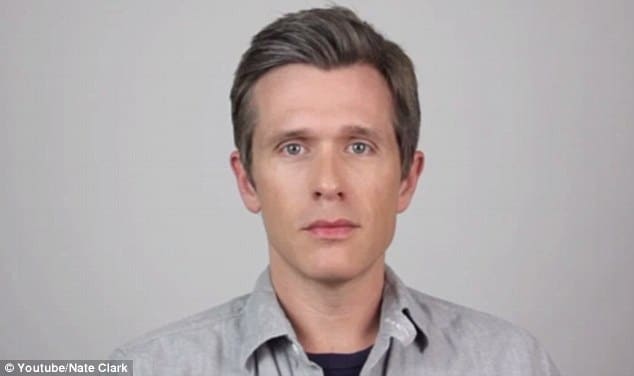 YouTuber Joey Graceffa, according to youtube is famous and he makes a lot of money cause he has a lot of followers, which might explain how he recently came to tell off someone when they decided to have his car towed for blocking their driveway and naturally get a couple of extra thousand hits to the box.

But this being youtube, Joey Graceffa had a nasty little surprise waiting for him. Yes kids, it’s never too late to be outfoxed and out youtubed

Tells uproxx: Anyway, this Graceffa fella had his car towed the other night, and rather than admit that he deserved to have his car towed because he was completely blocking some guy’s driveway, Graceffa made a video bitching about the guy that towed him. That video has been seen over 200,000 times now.

Naturally the guy who towed Graceffa car, Nate Clark just so happens to be a comedian and also have his own youtube account.

Having by now gone on to see Joey tearing him apart, Nate thought to himself it might be ‘polite’ if he went out of his way to set things straight for everybody. Which is of course how Nate went on to make his own fxxk you video refuting some of Joey’s complaints. The result? INTERNET BONANZA.

Nevertheless while most of planet Earth has had to run looking for a brown paper bag with the words ‘LOSER’ emblazoned on it to shove over Joey Graceffa’s head, some of Joey’s fans have felt the need to defend their hero.

Goes on to note the UK’s dailymail: But even if the video is just a joke, that didn’t stop some of Joey’s more outspoken followers hitting back at Clark.

One YouTube user commented: ‘This annoying p**** has been waiting for an opportunity like this to grab views/subscribers.

‘Joeys car was the best thing that happened to him – just look at the glee on his face! He’s not worried about any of the points he’s making; it’s all look at me! Look at me!’

Kids, i beseech you, sit back and watch the good shit below..you little slut Joey.