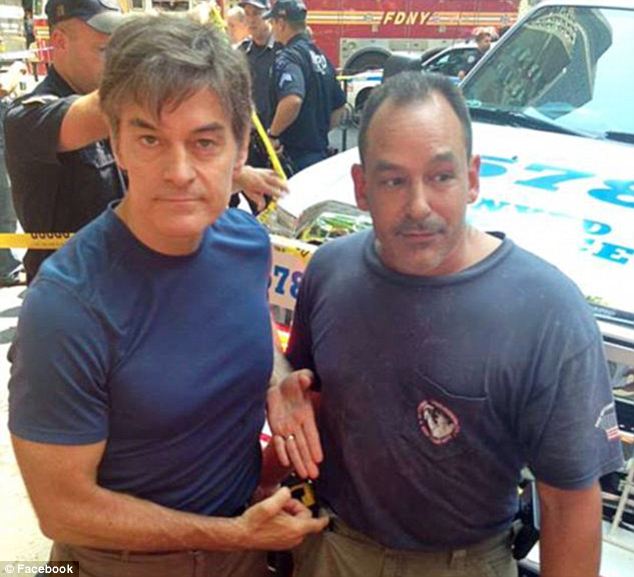 British tourist, Sian Green run over by taxi now to have more of her leg amputated.

David Justino who recently with his quick wits went on to help save the life of British tourist, Sian Green after she was hit by a taxi cab has been fired.

The firing purportedly tells Justino came because his bosses at Bass Plumbing were not pleased with all the sudden attention his ‘heroic actions‘ had drawn to the company.

Told the 44 year old hero: ‘I lost my job for saving this girl! All that commotion, my boss had enough of it and decided it would be better to fire me,’

‘I think I would have been better off doing heroin than being a hero.’

David Justino’s firing tells the irate foreman came literally days after he went on to save Sian Green.

He has since gone on to say that he is now out of work and has bills to pay.

Of the accident, and his swift participation, David Justino went on to tell the nydailynews the following: ‘She was going to die right there in the bushes.’

Interestingly Justino went on to blast witnesses at the accident by telling the following: ‘Everyone was pulling out cellphones, videotaping instead of helping.’

“I wasn’t going to let that cab take her life. God’s biggest gift is life… I wouldn’t let this thing happen. Not on my watch.’

Nevertheless, Justino is now upset at some of the other consequences of his actions. ‘I should have kept on walking like everybody else. I’d be putting in pipe instead of worrying about paying my bills,’

Curiously management at Bass Plumbing went on to tell that David Justino was let go because there was a lack of work.

Offered a company representative: “Although we were very proud to have him working here, (Justino) was one of three union plumbers laid off due to lack of actual jobs the company is in the process of performing.”

Of course one can’t help wondering if Justino was let go simply cause all the sudden attention he was getting went to his head and then some to the dismay of his bosses….