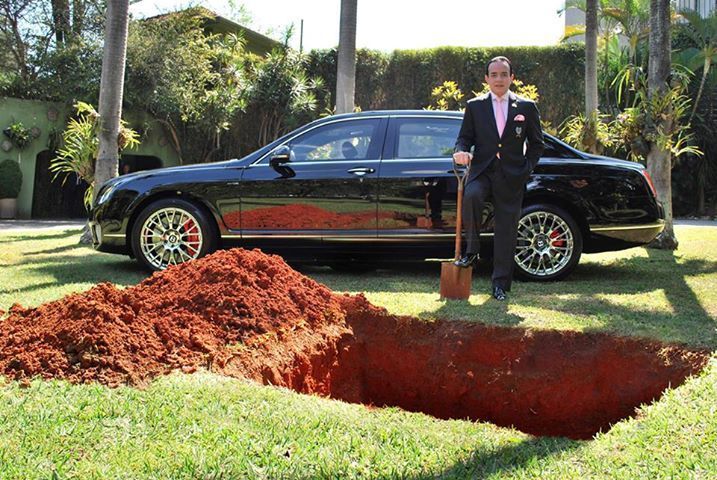 A Brazilian man has buried his Bentley because he wanted to make sure he would be able to enjoy it in the after life.

The burial, inspired by a documentary about the pharaohs, and how they buried their fortunes with them to have a more comfortable afterlife, tells the UK’s spearswms had every element of a real one, including a wreath for the car.

Told the man via Facebook: ‘I decided to do as the pharaohs: I will bury my favorite car, my Bentley, in my house garden,’

Yet here is where things went awry. After receiving a bounty of negative comments, ( many went on to label Scarpa as a crazy person who wants to do something absurd instead of donating the car for charity) Scarpa interrupted the funeral to reveal the real purpose of his initiative: to draw attention to a national campaign in favor of organ donation.

‘I buried my car and everyone thought it was absurd when I said I was going to do that,’ he wrote on Facebook. ‘Absurd [are those who] bury their organs, which could save many lives. Nothing is more valuable. Be a donor; tell your family.’

Scarpa later went on to tell: “I have not buried my car, but everyone thought it absurd when I said I’d do it. It is absurd to bury their bodies, which can save many lives. Nothing is more valuable. Be a donor, tell your family.”

Reflected a commentator on reddit: Do you know how many organs you can buy in Brazil by selling that car? 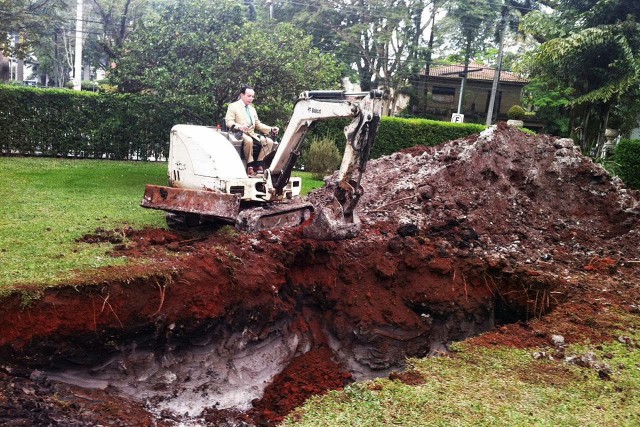