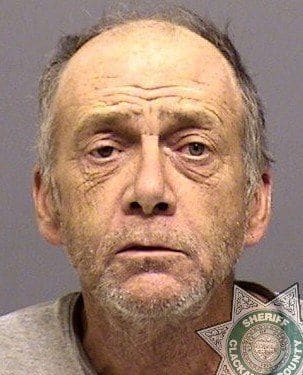 Man robs bank for $1 so he could be arrested and sent to jail for free medical health care.

A homeless Oregon man, Timothy Alsip went on to rob a bank on Friday to the tune of $1. His motive? He didn’t have the necessary funds to tend to medical concerns so he mused if he made it to jail he’d get it there.

Upon walking into a local Bank of America branch in the town of Clackamas, Timothy Alsip, 50 years old presented the following note below to a teller:

“This is a holdup. Give me a dollar.”

From there, Alsip went on to calmly sit in the lobby before going on to be arrested on suspicion of second degree robbery with bail set at a whopping $250 000.

Mark Nikolai, a spokesperson with the Clackamas County Sheriff’s Office went on to tell KGW that Alsip had been exhibiting strange behavior over the past week (you think?), including flagging down citizens so they would call 911.

Nikolai went on to tell that Alsip even went so far as to call 911 on himself to complain of imaginary problems such as being hit by a car, suffering from dental pain and overdosing on drugs.

Told Nikolai: “His behavior today is consistent with the behavior he has displayed over the last week.”

Timothy Alsip went on to tell cops that he had no permanent address, that he did not have a previous criminal record in Oregon and that he was in dire need of medical attention.

At present it is not understood as a homeless man why Alsip did not qualify for medicaid or the nature of his illness, never mind the nature of society’s illness that citizens are increasingly resorting to incarceration in the hopes of receiving basic amenities that one would consider a basic human right. Then again nothing is really free unless you can afford it, right….?