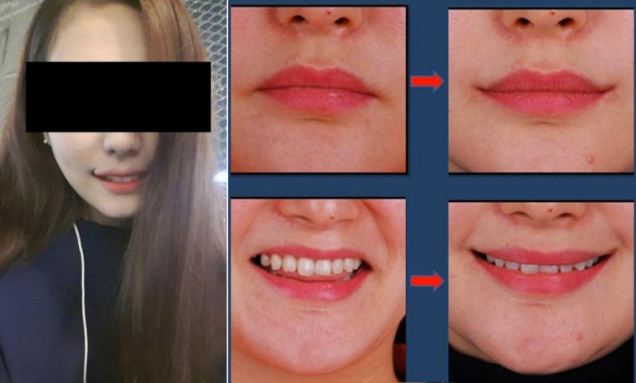 It seems women in South Korea are now resorting to a new fix in the hopes of obtaining the much favored appearance of a Western face. Billed the perma-smile, the surgical procedure, has now become the latest arsenal amongst woman seeking affirmation in the highly image conscious South Korea.

The phenomemon purportedly first turned up on reddit, where as of a yet to be authenticated photo shows a woman sporting lifted corners of her mouth. That said the huffingtonpost has gone on to note the existence of an outlet, the AONE clinic in South Korea that purports to offer the service.

In a youtube video, the outlet goes on to explain how it affects the ‘Smile Lipt,’ which involves exacting a procedure that lifts and curls drooping mouth corners through the manipulation of facial muscles supporting the mouth.

The video goes on to note that once the procedure has been performed the mouth will always be turned up, even when the patient is not smiling.

The Business Insider notes in a report that plastic surgeon at the AONE clinic, Taek Keun Kwon spoke in 2012 about developing the procedure in which he told the following:

‘Up until now, mouth corner lift couldn’t be widely used due to its ineffectiveness and high risk of side effects such as scars.

‘Downturned mouth corners give off gloomy and melancholy impression.

‘On the contrary, upturned mouth corners create bright and smiling appearance as well as confident expression.

Notes abc: “In South Korean culture women are almost required to find a husband around their 30th birthdays, and they generally live with their family till they do. They are pressured by their family members to appear as beautiful as possible at all times,”

“Appearances are critical here. For example, on CVs and resumes, pictures must be included at the top. Women in particular always need to appear properly primped. With a procedure like this, Koreans may believe they would appear kinder or happier than they really are. Not only does this help someone’s social life, it may also help a person’s career.”

At present it is not known how many might risk potential scarring in order to exact a perennial suggestion of happiness and beauty, but in a nation said to have the highest rate of plastic surgery in the world per capita it might not be too long before the procedure becomes as common as getting a botox injection.