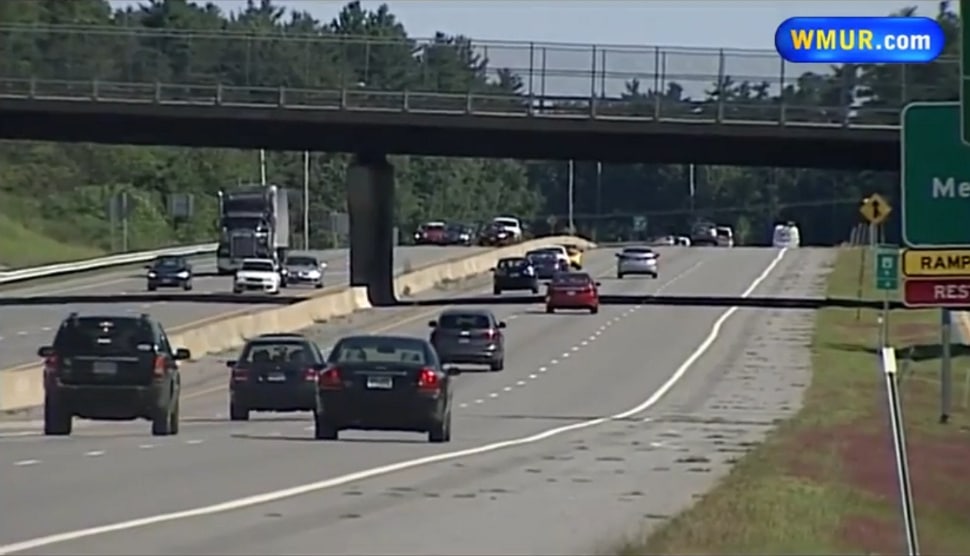 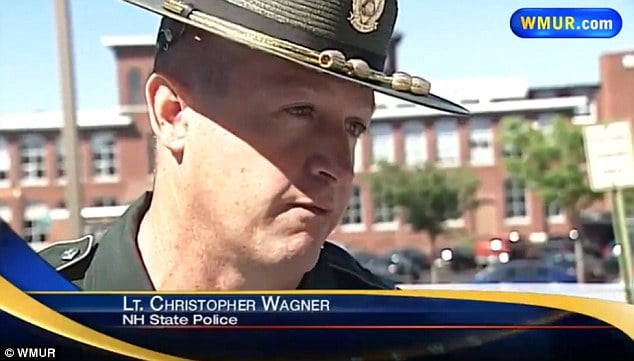 In a lesson in bad manners, one New Hampshire state trooper sought to exact retribution on one speeding driver,28 year old Carley Williams after her ass told a magic whopper in an attempt to avoid being handed a speeding ticket.

At the time, Williams was pulled over by state trooper, Christopher J. Cummings after he noticed her speeding down the Everett Turnpike at 82 mph in a 65 mph zone at 9pm on August 2nd.

At the time he let Williams go after she went on to tell him that her father was down to his dying breaths. As it later turned out, the state trooper would find out that William’s father died over five years ago.

Reflected Cummings: ‘I’m pretty used to people trying to bend the truth to get out of speeding citations, but this woman preyed on my emotions as a human being.’

‘She told me her father had stage four cancer, that he was breathing only six breaths a minute, and that she was trying to make it to the hospital before he passed.’

Cummings went on to tell that Williams told that her father was at Catholic Medical Center in Manchester and that she wanted to see him before he passed away.

‘I was parked along the turnpike with my radar unit when I saw the vehicle traveling 82 mph in a 65 mph zone.’

‘I took her driver’s license and asked a question that I ask everyone I pull over. I asked if there was an emergency.’

Reflected Cummings after noting how emotional Williams had become.

‘She seemed pretty emotional. It made me believe that this person was legitimately telling me the truth.’

But it seemed that Williams was so emotional and so convincing that Cummings, concerned about her father’s state of being (or either still circumspect that shit was too real to be true?) went on to call the hospital only to find to his horror this not to be the case.

‘I called the hospital where Williams told me her father was a patient and asked if he was there. They told me he wasn’t.’

Taken aback by this, Cummings looked up Williams and her father and discovered that her father had died in 2008.

‘I was upset. For someone to lie about their deceased father just to get out of a speeding ticket was pretty upsetting to me as a person.’

Upon further investigation, Cummings realized that Williams was driving with a suspended registration so he headed over to her house because that in itself was a misdemeanor.

‘This wasn’t personal, it was a matter of law. The violation happened in my presence, so I made the arrest.’

But the arrest naturally came with a ‘fun’ zinger. Traveling to William’s home, Cummings thought to bring with him Williams father’s obituary.

Told Williams: ‘She came out of her house, looking bewildered, and I told her I wanted her to explain something,’ Cummings said.

‘She looked at the obituary I had and immediately said it wasn’t for her father but that it was for her uncle.’

Yet that shit all slid away after Williams’ ass was arrested and she went on to confess the truth.

Told a written police statement: ‘While the N.H. State Police is sympathetic to personal emergencies,our primary objective is to protect life and property through the traditions of fairness, professionalism and integrity,”

‘Within reason, individuals will be allowed to continue during emergency situations when we can ensure the safety of the individuals involved and the general public. Circumstances such as this one, however, will result in the appropriate action taking place.’

What would have been a $200 speeding ticket in the end could ultimately cost Williams thousands more.

And then there was this interest tidbit from Williams’ Facebook page that might catch your eye, courtesy of gawker