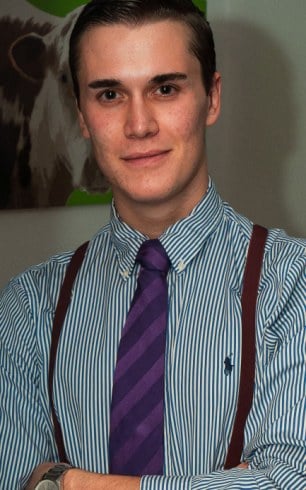 Intern, Moritz Erhardt dies after working all the night for Merrill Lynch.

In the aftermath of one ambitious intern Moritz Erhardt‘s death, questions are now being raised as to how the 21 year old ended up dying after pulling in 3 21 hour day shifts in a row for banking giant Merrill Lynch.

One idea posited is the notion of simply over exertion as Moritz Erhardt and other similarly ambitious interns like him sought to prove their loyalty and commitment and hence an eventual chance to take home large rewards.

With employers being in the driving market, it is no secret that many aspiring bankers, aka interns will literally give away their lives away in the hopes that they are perceived to be as valued team players. Never mind the notion that these institutions are not necessarily team players when they end up taking advantage of such youth’s overzealousness and implicitly encourage such youths to take on huge work loads at no extra cost to them.

It might after all be a wise idea that such institutions initiate a cap on the amount of hours worked instead of taking advantage of the fear and panic that many interns have as they desperately seek to win the few coveted slots available.

Offered Felix Mitchell, co-founder and director of Instant Impact, an intern recruitment agency in London: “Internships should not be an initiation process of low pay, tortuous hours and tasks designed to push the young person to their limits, even of health. They should not be exploited because they’re the intern,”

Save for a surprise finding that Erhardt was suffering from an unknown ailment one ought to wonder what investment banks, known for exploiting their workers for long hours ought to be doing in order to rein in the behavior of some of their interns.

It might be one thing to prove loyalty and commitment but it is an all together larger responsibility that these investment houses exact some changes as to how they actually go about selecting those interns who end up becoming eventual masters of the universe.