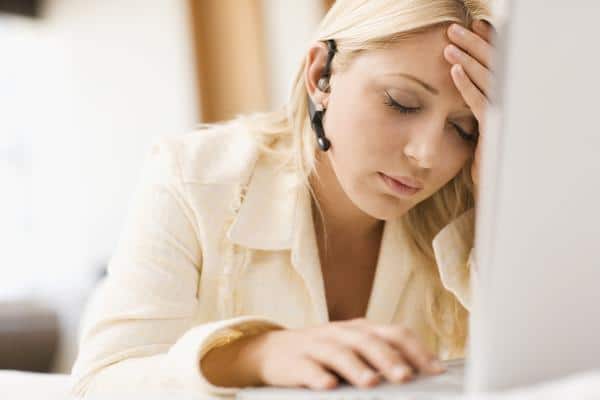 Here’s a disparaging report about the state of affairs in the United States: most of you are unhappy, actually two thirds of you. Why and who?

The results were attained by polling company Harris Interactive who conducted an online survey of 2345 US adults between April 10-15 of this year who sought to calculate the overall level of happiness of individuals.

The poll went on to find those most unhappy are ‘minorities, recent college graduates and people with disabilities.’

The study goes on to show that an especially deep decline in the Happiness Index (Happy Index) was registered among Hispanic Americans over the past two years – a trend that has been partially attributed to the acrimonious debate over immigration policy.

African-Americans on the other hand appear to be less happy today than in 2011, with 36 per cent qualifying as very happy – down from 44 per cent two years ago. However, though the Happiness Index was down among black survey participants, they remain roughly as happy as Caucasians.

‘Our happiness index offers insight into what’s on the minds of Americans today and is a reflection of the state of affairs in our country,’told Regina Corso, senior vice president of the Harris Poll. ‘While the attitudes on the economy may be improving, we’re seeing that this is not translating into an improvement in overall happiness.’

Among Americans with disabilities, the percentage of those very happy has slid from 34 to 31 per cent – another drop which may be related to cuts or feared cuts in services as a result of the recently implemented sequester.

College graduates appear to be less content now than two years ago – a possible casualty of a tough job market coupled with growing doubts about the true value of higher education.

While it is accepted by most people that money can’t buy happiness, the survey indicates does go on to show the hard reality that having more of it can significantly improve one’s outlook on life.

Old age is rarely associated with joy or exuberance, but poll results show that those over the age of 50 are more likely to be happy than their younger counterparts.

About 41 per cent of adults over age 65 rank highest on the Happiness Index, while the least likely to be happy are those between the age of 30-39, with only about 28 per cent of this group qualifying as very happy.

In the end one has to wonder if the state of unhappy affairs is also attributable to the idea of what one can achieve in the US and the realities of what ends up being achieved especially amongst those who traditionally have had higher obstacles to overcome?

Then again the issue could also best be summed up by the discord between what one has come to expect of life courtesy of a rampant consumer culture and that which is actually attainable, throwing into question the attainability of the American dream and it seems the prevailing attitudes towards those who fall in the camp of minorities…

And then there these comments on the web that made me wonder as well:

Who’s really happy in America, Consumerism is built on discontent!
Maybe people over fifty are happier because they were not raised with an overblown sense of entitlement and a need to acquire “everything”. As far as “collecting social security”, do you think that’s some unearned free ride? You’d want to collect on something you paid into ~by law~ for 40 or 50 years, too! Remember, much of the money this generation paid into SS was distributed to a lot of folks of the previous generation, many of whom did not pay in for nearly as long. I also question the value of “higher education” these days, mostly because our Universities seem to turn out an awful lot of unprepared ninnies. With the state of education today, it may well be that a person does need to attend university to be able to flip burgers.

Sounds like Americans need to learn to be happy with a shed, food, water and a almost no wage job. But at least the billionaires will ve very, very happy. All Hail The Oligarchy!

We’re less likely to be happy in a society that says our bodies belong to men and that we can never look beautiful enough.

We’re less likely to be happy in a society that says we need to lose weight, that pleasure is evil, and that other people’s opinion of us matters more than our own.

We’re less likely to be happy in a society dominated by large corporations that strip all the variety out of life so that everything looks increasingly the same.

We’re less likely to be happy in a society that treats women, atheists, minorities, immigrants, and queer people as a threat.

We’re less likely to be happy in a society where poor people are left to fend for themselves.