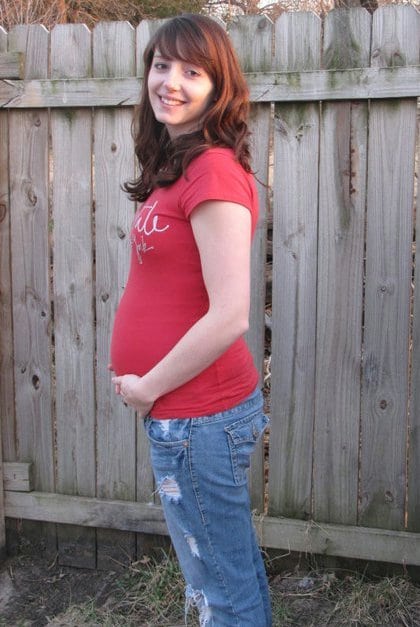 An incident that took place back in 2007 has led to a report being issued advocating greater flexibility for women in the work force. It follows an episode which saw then Walmart employee Heather Myers being fired from Walmart because she insisted on carrying a water bottle at work and drinking from it, this despite a doctor’s notice which advised that Myers risked urinary tract infection if she didn’t.

At the time Heather Myers was seven months pregnant and working as a floor associate at a Walmart store in Kansas which required her to stock shelves and clean aisles for minimum wage.

Told she could no longer carry anything to drink in the cart she pushed around all day, she brought two separate letters from her doctor, saying that she was at risk for urinary tract infections and needed to keep hydrated. Her request was twice denied, she told.

Recalls Myers: “I decided to listen to my doctor rather than my manager, either the water bottle has to go or you have to go.”

At the time Myers was told by management that there were water fountains that she could use instead and that she would not be allowed to carry a water bottle if she wanted to stay employed.

The washingtonpost goes on to tell in  Myers’ case, the 18-year-old says she was just trying to stay hydrated. At her orientation a year earlier at Wal-Mart, she says employees were told they could keep water “but no juice or pop” in a sealed container while working. Suddenly that policy “changed out of the blue” during her pregnancy, she says.

In the end Myers was forced to leave her position, a fate many workers here in the US are faced to endure who are either forced to leave or to take unpaid leave after asking for basic accommodations during their pregnancy.

That said National Women’s Law Center and A Better Balance yesterday issued a report which posed whether such actions are legal.

Told Emily Martin, NWLC’s vice-president and general counsel: “We think the law is clear. But since there are unfortunately still a lot of employers out there who believe, or at least assert, that you don’t have to accommodate limitations arising out of pregnancy even if you accommodate the same limitation when it rises out of injury, then we need to make it clearer.”

The “misunderstanding,” Martin went on to say, is based in the fact that pregnancy is not itself a disability under the Americans with Disabilities Act. “That’s as it should be. Pregnancy is NOT a disability — it’s healthy and normal.” For the first 35 years under the ADA, pregnant workers were therefore not explicitly protected, according to Martin. But in 2008 that act was expanded to include temporary disabilities.

Heather Myers sued WalMart, but a judge ruled that she did not have sufficient grounds to bring her case. Rather than appeal that ruling, she said, she settled for an undisclosed sum. “After legal fees and taxes I ended up losing $200 on that settlement.”

The report goes on to discuss other cases where minor and temporary adjustments were often met with firm opposition from employers. The report goes on to note that paradoxically, the very jobs more likely to fire an employee for being pregnant correlate with the employees most in need of a stable income. Inflexible, low wage jobs are more likely to fire pregnant women when they the money most.

In the end one is inclined to wonder when society tells that it has family friendly policy that pregnant women are still finding themselves in intolerable positions where they either abide by unsympathetic work codes or risk the demands and needs placed on a woman who finds herself pregnant.

After all no woman should have to choose between keeping her job and protecting the health of her unborn child, even if a company gets to save a few extra dollars…