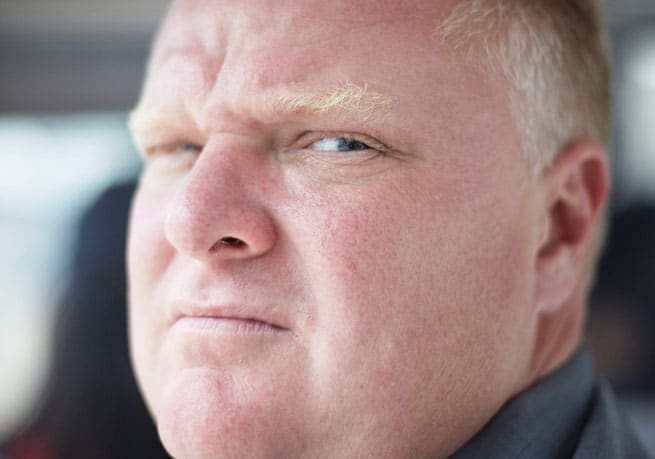 Here’s an interesting play of words courtesy of Toronto Mayor Rob Ford who has come out publicly since a purported video of him smoking crack (aka the good shit) was first said to be in existence:

No Toronto Mayor Rob Ford wants to make it clear that he is not doing the good shit anymore cause if he never ever did it his highness like any non crack cocaine user would simply say:

‘I have never smoked the good shit.’

But of course Toronto Mayor Tom Ford does not say that. Which is not to say he is a habitual user, an addict or a part time user but just to say this bixch has at one point in the last 6 months smoked the good shit. Assuming of course we are to believe a gawker reporter as well as reporter for the Toronto Star who assert that the Mayor is indeed smoking that good shit.

Asked to comment on the video, the Mayor went on to (ingeniously) say that he could not comment since he had not seen that shit nor does it exist.

That doesn’t sound what gawker are reporting who reckon a fund that they have mounted is a few mere dollars short of the asked for $200 000 by the holder of the tape. A tape that the outlet hope to release once the funds are secured. Unless of course Toronto Mayor Rob Ford got his hands on that pretty video tape before anyone else did? Just wondering…