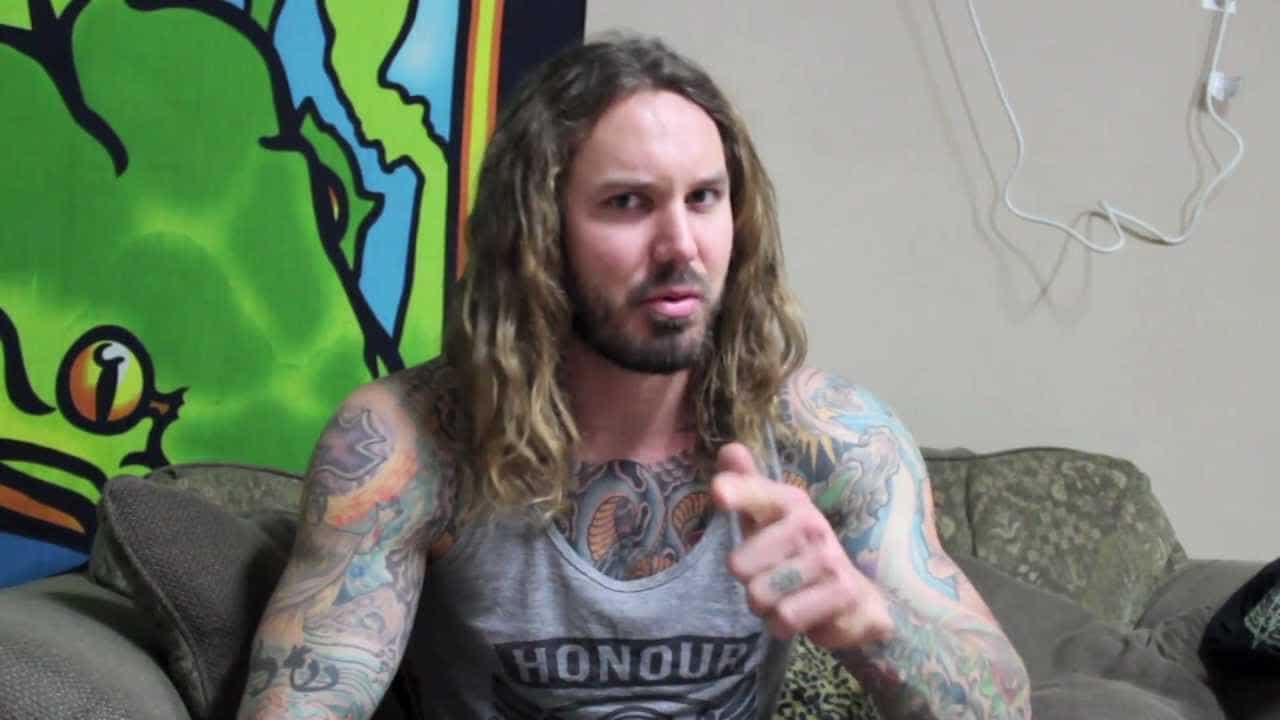 There is something about the phrase “Christian metal band”  that just doesn’t flow off the tongue. Somewhere in my small brain, a wire just short circuited while I was trying to connect the dots on how exactly a metal band could have Christian roots. I always imagined metal bands to be a bunch of tough guys doing drugs, getting tattoos, and worshipping Satan. Okay that might be an unfair generalization, but still not far off base.

Luckily my concerns were set aside when I learned that Tim Lambesis, the frontman for the popular band As I Lay Dying is now behind bars for allegedly attempting to hire a hitman to kill his wife, Meggan Lambesis, who recently after eight years of marriage had filed for divorce. Raising the notion that some Christians may not be that Christian after all…

Lambesis allegedly handed over $1000 and a picture of his wife to the would-be hitman. He also allegedly handed over information including his wife’s address, and a list of dates of when he would be with his children so that he could create himself an alibi. You have to admit, this guy was pretty thorough! If you are going to plot to kill someone, that’s how you do it.  Unfortunately for Timothy, his hitman was actually an undercover police officer. For those of you who don’t know, police officers usually frown on things like conspiracy to murder.

Lambesis’ attorney, Anthony Salerno, nevertheless went on to say that his client was set up.

“If I had to hang a tag on it, I’d call it a scumbag snitch set-up,” Going on to add “Law enforcement was fed something by someone who effectively orchestrated the whole thing … He did not intend to harm anybody.”

The UK’s dailymail reported on this topic earlier today and revealed that the trouble seemed to start when an email sent by Lambesis in August of last year to his wife revealed that he no longer loved her, wanted to end the relationship, and he didn’t even believe in God anymore. It wasn’t long before Tim Lambesis’ wife went on to find that her husband was having a series of affairs.

On May 7th, Lambesis met with an undercover agent, who went by the alias ‘red’ and was recorded as saying he wanted to kill his wife.

The bail for Lambesis has been set at $3 million during his first visit to a San Diego North County court. He pleaded not guilty to a charge of conspiracy to  murder. If Lambesis does post bail he will have to wear a GPS monitoring device because Claudia Grasso, a San Diego County deputy district attorney, claims that Lambesis is “substantially motivated to kill his wife”.

And at that point I really wonder. People who are really committed to killing their wife usually just do it, people technically have that capability. Hiring a hit man seems a bit passive, too many variables really. And, what about the price? This guy really thought that 1000$ dollars would be a reasonable price for the death of his wife? I imagine this guy was looking for a bargain, perhaps he considered strolling through Craigslist or scouring Groupon for a sweet deal on hitmen.

It really is a strange situation. A Christian, metal band would appear to be an oxymoron. So I don’t know why we should be surprised that the lead singer could turn out in the end to be such a hypocrite. If he really was a good Christian he would have known that God, usually, frowns on murder. I’m pretty sure one of the commandments is ‘though shalt not pay others to murder your wife’.

At present Lambesis is due to return to court for a preliminary hearing on July 10. If convicted, he faces up to nine years in prison.