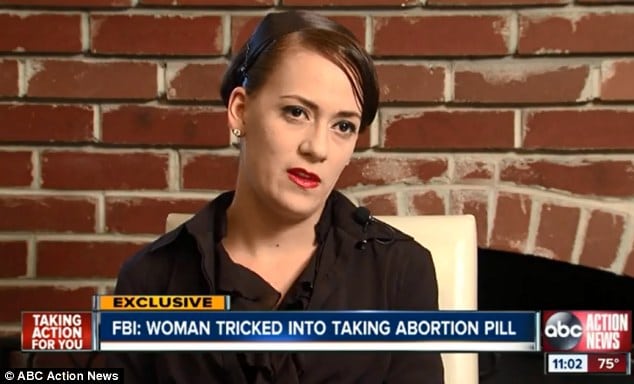 John Andrew Welden, 28 faces a first degree murder charge after allegedly giving a bottle of abortion inducing drugs to his pregnant girlfriend in which he misrepresented as being harmless antibiotics.

At the time, Welden’s then girlfriend, Remme Lee was six weeks pregnant but the news of Lee’s pregnancy did not sit well with Welden who instead wanted Lee to have an abortion.

Told Lee to ABC: ”I was never going to do anything but go full term with it, and he didn’t want me to.’

At the time Welden who was working on a degree in sports medicine went on to tell Lee that a scan of her unborn baby she took at his father’s clinic showed that she had a bacterial infection and needed to take Amoxycillin three times a day.

Rather than consult with Dr Welden, John Andrew Welden, Lee took his suggestion at face value trusting that she indeed have an infection. At the time she trusted her boyfriend,  believing that he was the love of her life and believed that they had a future together.

But rather than offer Remme Lee Amoxycillin he instead forged his father’s signature and instead procured cytotec, an abortion inducing drug and simply relabelled the bottle.

From there Lee took a pill on her way to work but was instead hospitalized with bleeding and abdominal pains. She went on to later lose the baby in hospital.

From there it was soon discovered that a drugstore surveillance camera caught Welden buying Cytotec after doctors at the hospital began to question the contents of the prescription pills in her possession.

Lee has since gone on to file a lawsuit claiming she suffered battery and emotional distress while the government went on to its criminal case in federal court. It is understood this past Tuesday Welden was indicted with product tampering and first degree murder.

Whilst killing a six week old fetus is not considered viable in state court, federal law does not acknowledge the distinction.

Told Tampa lawyer Todd Foster: ‘If someone kills an unborn child while committing a federal crime, it is considered murder.

Welden’s father, a board certified obstetrician and gynecologist who works with infertile couples wishing to become pregnant, has not been accused of any crime.