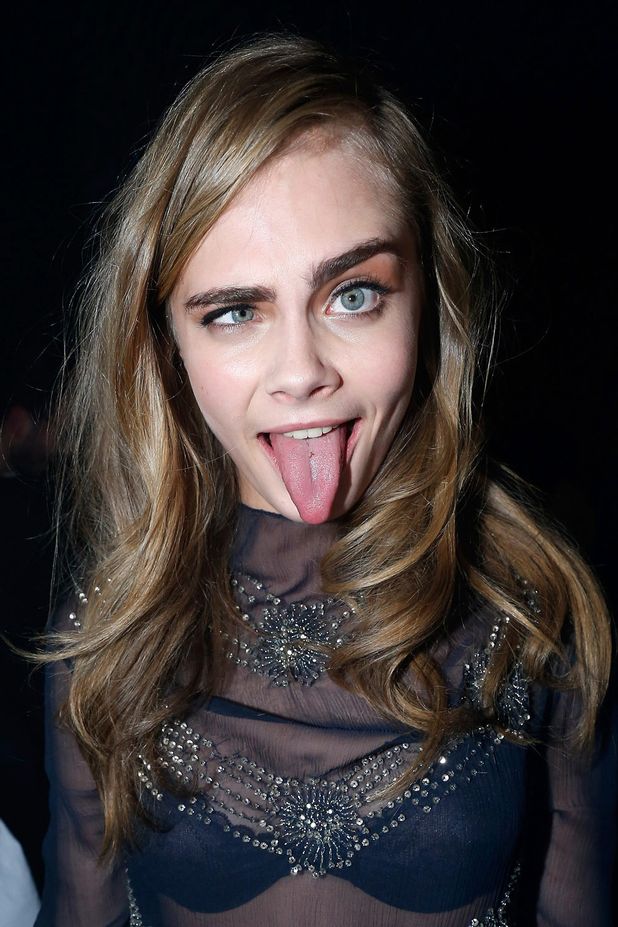 Questions are now beginning to abound for UK model du jour, 20 year old Cara Delevingne as the paparazzi over the weekend snapped images of her desperately trying to cover up what many have come to conclude was a plastic satchel of the good shit, aka cocaine.

In fact so concerned are some with the model’s choice of extra curricular activities, H&M who have who used Cara as the face of its ‘Divided’ clothes range earlier this year, are now considering nixing the model who have a ‘zero-tolerance’ towards the use of the good shit. If so, that may spell trouble indeed for the model who may see other outlets distancing themselves from the model for fear of tainting their brand.

And it gets worse, another retailer who might be reevaluating their relationship with the model is Victoria’s Secret. Delevingne walked the lingerie show in 2012 as a PINK girl–but, if these photos pick up steam she might not be asked back in 2013. A Victoria’s Secret spokesperson had no comment on the matter.

In 2005, supermodel Kate Moss – who is signed to the same agency, Storm Models, as Cara – was dropped by seven companies following a similar ‘cocaine scandal’. Eventually the model was able to get back on her feet but that is not to say Cara Delevingne may have it so easy.

The Sun spoke to one of the model’s friends, who reportedly said, “Cara’s the biggest name in fashion right now. But she’s also become a massive name on the party circuit — just like Kate.”

To date Cara is the face of Burberry Body Tender fragrance as well as appearing in advertisements for Yves Saint Lauren make-up and Pepe Jeans.

While the iconic and experienced Moss apologized for the drama, Cara hasn’t spoken about the pictures and a representative has not yet responded for comment.

Perhaps what underscores the model’s faux pas behavior is the industry’s reluctance to admit that cocaine use is the choice of many and as much as the young model may use cocaine or not, there is a lot on the line for the fashion and beauty industry to present itself in the most clearest and purest light despite what may really go on behind closed doors.

It just may well be that the model may be made an example of as the fashion industry goes on once again on the defence as another controversy hits its shores. It may be one thing to use anorexic girls but quite another thing to celebrate the use of what many consider to be the past time of the jet set and too privileged. Never mind the real life consequences that using such a hard substance can have on one’s health and disposition never mind an outlet striving to present a wholesome look to its image…