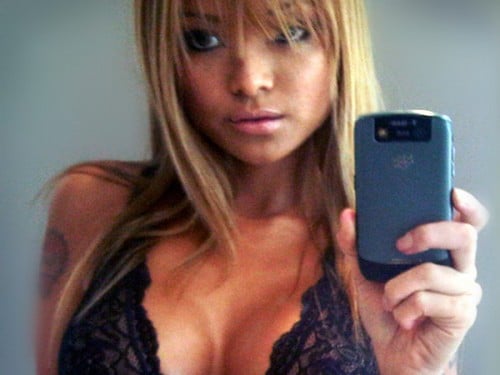 Tila Tequila is the quintessential hawt bixch and to prove it girlfriend has gone on to make this fuckery that ought to leave you wondering what was she thinking. Obviously she wasn’t.

Whilst waving her hands in the air and shreaking some shit about metaphysical energy and how she has finally figured out the ways of the universe, Tia waxes on the profundity of life and magic powers. Because as Tila Tequila admits, there are gifts that god gave you…and she intends to spread that good shit with all the sparkles fluffing inside her combustible brain cells.

For a long time now I have been able to do some pretty supernatural things that most would consider “SUPER HUMAN ABILITIES” I have noticed that everyday my powers are getting stronger, and stronger, and stronger. Now I know for a fact that God put me on this planet to help people remember that they too, are capable of having Super Human abilities because we were made in the likely image of God after all! You guys wouldn’t believe what other stuff I am capable of doing, but for now I just wanted to show you something pretty basic. Well, it’s not basic, but it is compared to my other abilities and I want to teach everyone else how to be able to do these things as well! These are the gifts that God gave you, and those Evil ones in power know this that’s why they don’t want you to remember! Well, too bad for them I am going to be the one to teach you how to get your GOD GIVEN SUPER HUMAN ABILITIES BACK!! So please subscribe to my channel because you DO NOT wanna miss these lessons I am about to show you.

For this first video here it’s just an example of ONE type of “Energy Ball” that I can create out of thin air. If you look closely at my palms and in between my fingertips you will see the electricity that starts to form and change colors as I create them! Also you’ll notice that since I caused the energy levels to go so high around me, that the sparkles of purple, green, and yellow spreads throughout the room!

This was shot using my photo booth so there is absolutely no special effects whatsoever!! More to come to stay tuned!!!