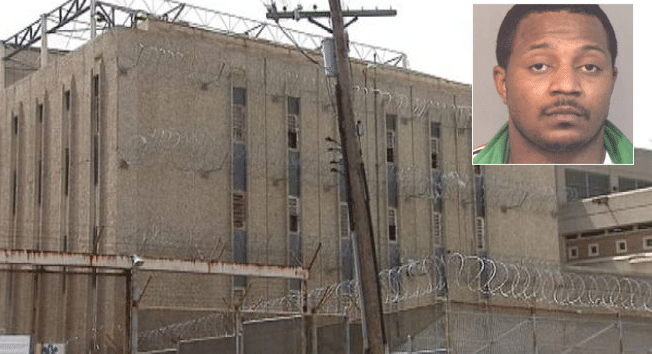 A duplicitous culture at play?

Tavon White, a gang leader awaiting trial for attempted murder it has emerged has fathered five children with four of his female prison guards.

A boss of the Black Guerilla Family, it is said that Tavon White took control of the Baltimore Detention Center where he was placed. His stay at the detention center also included the using of prison wardens for missions and even the admission of him being served Grey Goose vodka.

A since delivered federal indictment has revealed the names of the prison wardens who Tavon White impregnated as Jennifer Owens, 31, Katera Stevenson, 24, Chania Brooks, 27, and Tiffany Linder, 27.

Interestingly it has since been disclosed that the wardens came from similar impoverished circumstances in the Baltimore area as Tayvon White where the lowly paid wardens came to find a bond with. In fact two of the women Tavon White impregnated went on to have his name tattooed onto their bodies, one on her neck and the other on her wrist.

The revelations has since led to calls by lawmakers for Secretary Gary D. Maynard of the Maryland Department of Public Safety and Correctional Services to step down, who has since gone on to vigorously defend his tenure arguing that it was he who brought in federal investigators once it was revealed that the gang controlled the Baltimore jail.

To date the investigation has countered on the notion that the gang’s involvement with the female wardens was all part of a plot to target certain guards who had “low self-esteem and insecurities” so the gang could run the prison on its own terms.

Illicit activities conducted with the cooperation of the female wardens included the smuggling of drugs, cellphones and other contraband into the facility.

Told Tayvon White in a secretly taped call: “This is my jail. You understand that? I’m dead serious. I make every final call in this jail.”

In fact so brisk was business inside the detention center one of the gang members it has been said was able to buy a BMW and a Mercedes from his earnings.

“You have a lot of young corrections officers that aren’t that different from the type of people in jail.  “It’s all about the hustle, the fast dollar, when you work in that type of environment—and it is an ugly environment—your self-esteem is low, you are subject to the sweet nothings that the guys might be whispering to you.”

Maynard has offered that it is unfair to assume, as many have, that the entire jail must have somehow been complicit. It is understood the jail houses as many as 3500 inmates at any one time with 65 000 prisoners passing through its doors last year alone.

Maynard has since gone on to pledge his resolve to clean up the system but to date has not offered how he actually attempts to cut through the rampant corruption. Although one also wonders how he may come to address the culture of solidarity amongst prisoners and their care takers given the many years of economic decline of the Baltimore area where ironically those who are charged to oversee the prisoners often share similar circumstances, deprivations and challenges as the prisoners themselves. Never mind the culture at hand where resorting to crime is often tolerated and condoned….

The gang members and the corrections officers have now gone on to be charged with conspiracy, drug possession and distribution and money laundering.