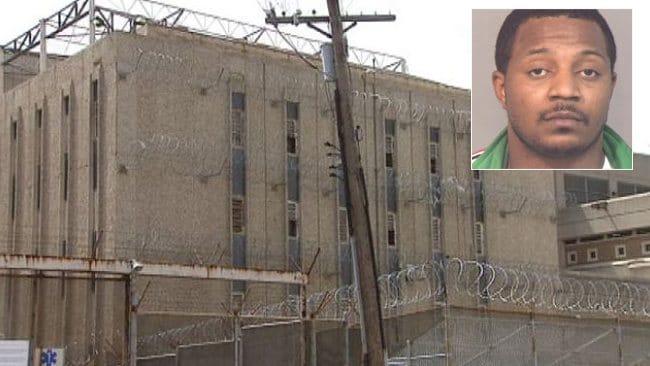 Tavon White, Black Guerilla Family gang boss this past Monday pled not guilty to charges of racketeering whilst he was incarcerated at Baltimore‘s city detention center. The case to date has led to a wide consideration of how authorities deal with incarceration in the face of what many have come to see is also a cultural issue as well as one of legality.

The fracas which involved a large bootleg jailhouse scheme was first uncovered after authorities acting on tips began wire taping Tavon White’s phone calls where he brazenly asserted that he was running the show at the detention center and that jail wardens were answerable to him. An assertion that led to deep humiliation amongst authorities as it was eventually revealed the extent of the purported operation in play.

The in house conspiracy included the illicit selling of cellphones, drugs and other contraband as well as premium alcohol, including Grey Goose vodka. During his time behind bars, 36 year old Tavon White managed to impregnate not one but 4 female wardens who he worked alongside with in manifesting his alleged racketeering plan.

Indeed present at Monday’s trial alongside Tavon White was one of the wardens impregnated by White, 27 year old Tiffany Linder who is at present eight months pregnant with his child. Along with White, she and 24 other individuals have been named in the indictment, 13 of whom worked as prison wardens at the facility. The other three individuals impregnated by White include Jennifer Owens, 31, Katera Stevenson, 24, Chania Brooks, 27.

The baltimore sun goes on to tell that in all in all, 25 defendants face racketeering and drug charges. Twenty of the accused, including White and Linder, also face money-laundering charges. Magistrate Judge Timothy J. Sullivan told during hearings that White and Linder each face charges against them that carry a maximum prison sentence of 20 years.

In acknowledging the case against Tavon White authorities have had to also address the culture of solidarity amongst prisoners and their care takers given the many years of economic decline of the Baltimore area where ironically those who are charged to oversee the prisoners often share similar circumstances, deprivations and challenges as the prisoners themselves. Never mind the culture at hand where resorting to crime is often tolerated and condoned….