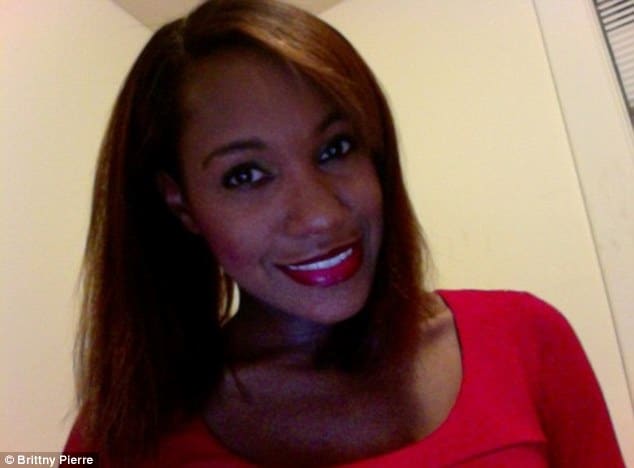 The Whore of New York

How to eat dinner for free…

logger Britney Pierre has created a furore with her latest article where she confesses to using men for the purpose of getting a free meal.

In her article for blog xojane, the blogger describes how she came up with a plan to cruise dating site occupied and craigslist for the explicit purpose of finding men who would fit the bill for her need to eat.

Having moved to nyc and with little money, the aspiring blogger had to come up with a way to survive in NYC and take in some of its charms, a next to impossible task to do when one is being paid next to nothing.

I decided I would use OkCupid and Craigslist (yes, even scary ol’ Craigslist) so I could have dinner three times a week without opening my wallet because let’s face it, there wasn’t anything in my wallet to begin with.

I created a profile, being quite honest about myself, mentioning I’m a writer, what kind of movies I like, how I’m kind of obsessed with dancing and tweeting at the same time, and outlining what kind of guys I’m into.

Every day I’d get messages from pretty decent dude. I decided that I couldn’t afford to limit myself to guys I actually wanted to date, I just had to go full throttle and just see who was willing to take me out. A meal is a meal!

Playing on her potential targets’ inflated sense of self, Pierre created an ad on the site saying that she was looking for her future Ryan Gosling. Yes nothing will seduce a man more than the idea or illusion that he is movie star in the making, which will of course serve a woman well when it comes to footing the bill of a dating rendezvous. Never mind that Pierre has no intention of actually going the extra distance which is often implied with dinner dates. Or at least exists as an option.

Recalls Pierre: ‘It was quickly turning into a full-time job with benefits of steak dinner and crème brulee desserts.’

And then at times, the free meals came at a steep price.

Yet not every free meal was as charming as could be desired. Sometimes one has to tolerate the awkward, including one episode where Pierre goes on to describe a string of horrible dates, like the man with an extreme foot fetish who, when asked by a waiter if they wanted to order dessert, answered with, ‘Yes, her toes.’

But when she finally got to the dinner table Pierre had no reservations about getting what she wanted:

‘I made sure on that date to order the most expensive dish on the menu,’ Pierre recalls. ‘Even though I hate seafood, I got lobster and ordered dessert and it was the best meal of my life!’

After going out on some 60 dates and speaking to nearly 100 men, Pierre decided to shut down her operation. When she came clean to her friends about her money-saving scheme, the women in her circle praised her, while the men berated her for taking advantage of unsuspecting suitors.

A manager at a high-end Manhattan restaurant where Pierre got a job as a hostess even called her a low-rate prostitute after learning about her escapades. But Pierre had no regrets.

Reflects Pierre: ‘Looking back, I truly didn’t see the harm in my actions,. I met a wide variety of men and honed my acting and interviewing skills while chowing down on some awesome steak dinners.’

Which of course raises the question what do women really mean when they talk about wishing to be independent when so often they merely use their femininity  to play one over their male suitors who some could possible argue use the power of their masculinity and income to get one over women. So perhaps it’s all fair in love and war. Or is it?

Women in her circle praised her? Wow. I guess it has more to do with whom she picks as friends. I can understand doing something like this once or twice out of desperation or curiosity but so many times and the warped creativity that went into this really sounds pathologically nasty. It’s a matter of self respect. As a woman I find this chick a tacky opportunist.

Old news. Men have been using Internet sites for the sole purpose of “free sex” for years now.

Men have the privilege of a pretty woman’s company–shouldn’t they pay for that as some sort of compensation.

I have a friend who just broke up with her boyfriend and she insisted on a $40K breakup fee for each year they were together and not married cause he had just WASTED her youth and her time when she could have been out there with a REAL man who had money and power and status!

Sorry about this, but I have to disagree with some of the points you made in your comment.

It’s as much a privilege for her as it is for him, so I think the person who asked the other out should be paying (and vice-versa for the second date), or else the bill should be split. Don’t you agree?
About your friend: frankly, she chose to be in that relationship. I don’t know about the particular situation, but a breakup fee sounds unreasonable. How was she wronged? If she thinks only ‘real’ men have money, power and status… I don’t even know where to start.