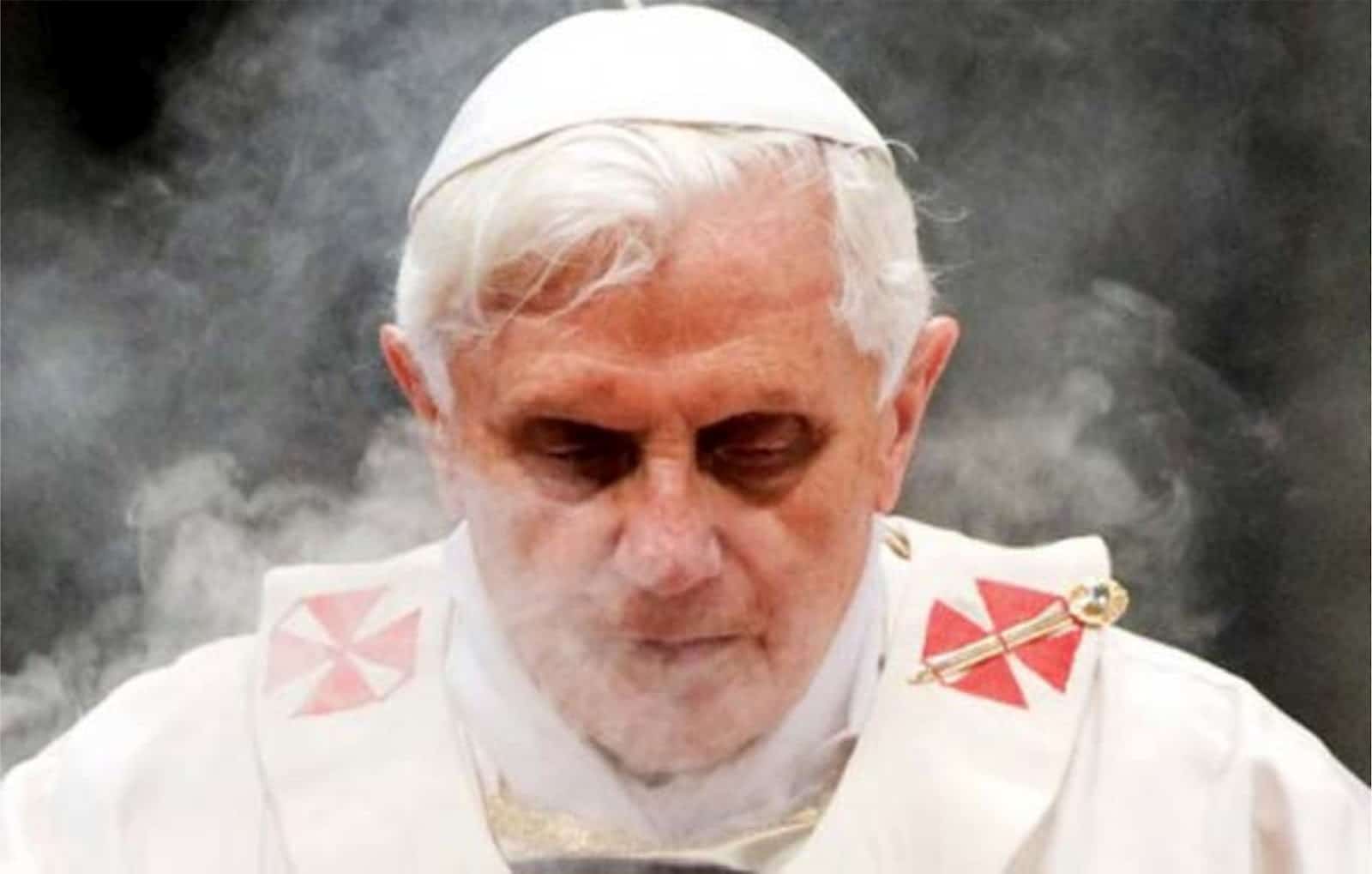 Is there more going on then is being revealed?

The world has been sent into a tizzy with the announcement that Pope Benedict XVI (Josef Ratzinger) has decided to step down as the leader of the Catholic church.

Sourcing his health, the 85 year old pope who even surprised close confidantes offered that he did not havethe ‘strength of mind and body’ to continue leading more than a billion Roman Catholics worldwide.

The decision to leave his office is unprecendeted as he is the first pope to resign since Gregory XII in 1415 and no pontiff has ever stepped down on health grounds.

Nevertheless the internet is now awash with theories that the Pope Benedict may have been forced by insiders to resign.

Some have simply offered instead that the pope’s health has markedly decreased pointing out less foreign travel and having limited his audiences. Pope Benedict is also understood be suffering from a joint degenerative joint disease.

Benedict’s deterioration during the last few months has been particularly noticeable and, according to his brother, he has been considering stepping down for some time.

The Pope has also proved himself to be strongly against the ordination of women as priests, euthanasia, abortion and the use of artificial birth control as he has insisted on Catholic orthodoxy as a cerebral disciplinarian who was unafraid to crack down on liberals and dissidents within the church. Then again one could possibly wonder if the Church has decided that it may be time to open the corridors to retain their following in the face of increasing dissent with some of the faith’s strict dogma.

Some assertions thought to have unsettled many include the Pope’s pronouncements before becoming Pope labelling homosexuality a ‘more or less strong tendency ordered toward an intrinsic moral evil’ and saying rock music could be a ‘vehicle of anti-religion’.

“Plot Against The Pope — He Will Die Within 12 Months,” says one.

And then there was these comments that I came across the web that made me wonder:

These men love power, I don’t believe for a sec this is the reason why he is resigning, someone has found something very foul and it could disrupt this institution.

There is something more to this! Its not like a country club, you just cant resign

He was planning for retirement when Pope John Paul II died. I wonder if he actually wanted it when it was handed to him…

The Vatican is like a medieval court and you’ve got rumors and power struggles going on.