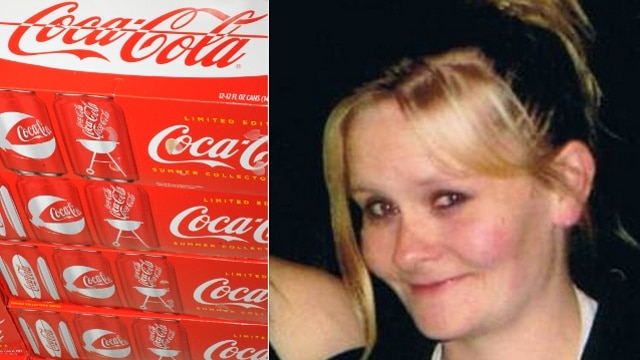 A local New Zealand coroner has finally ruled three years after 30 year old Natasha Harris died of a heart attack that her death is indeed the more than probable result of her prowess for drinking up to 10 liters (2.5 gallons) a day of coke which left the mother of 8 with a with myriad health problems, including cardiac arrhythmia, rotten teeth, and a full-blown addiction.

“(She would) go crazy if she ran out… she would get the shakes, withdrawal symptoms, be angry, on edge and snappy,” Harris’s mother-in-law said last year.

Harris’s husband, Christopher Hodgkinson, recalled how his wife’s health quickly deteriorated in the months prior to her death. “She had no energy and was feeling sick all the time … She would get up and vomit in the morning,” he said.

Gawker notes that Coca-Cola is adamant that Harris’s death could not be definitely linked to her coke habit (wrong coke kids) even if Harris was consuming twice the daily recommended caffeine intake and over 11 times the amount of sugar, considering that a can of coke (355 mls) has 32 cubes of sugar.

Wrote coroner David Crerar: “I find that, when all of the available evidence is considered, were it not for the consumption of very large quantities of Coke by Natasha Harris, it is unlikely that she would have died when she died and how she died.”

Coca Cola for their part however stand by their claim: The Coroner acknowledged that he could not be certain what caused Ms Harris’ heart attack. Therefore we are disappointed that the Coroner has chosen to focus on the combination of Ms Harris’ excessive consumption of Coca-Cola, together with other health and lifestyle factors, as the probable cause of her death. This is contrary to the evidence that showed the experts could not agree on the most likely cause.

While Crerar agrees that Coca-Cola should not be held responsible “for the health of consumers who drink unhealthy quantities of the product,” he does suggest in his report that Coca-Cola consider adding labels to its drinks warning consumers against the hazards of excessive consumption.

Of course as a side note all things equal a predilection towards 10 gallons of the good shit every day is hardly the most sane thing one ought to be doing but then again what’s the expression ‘coke adds life, or does it…?’