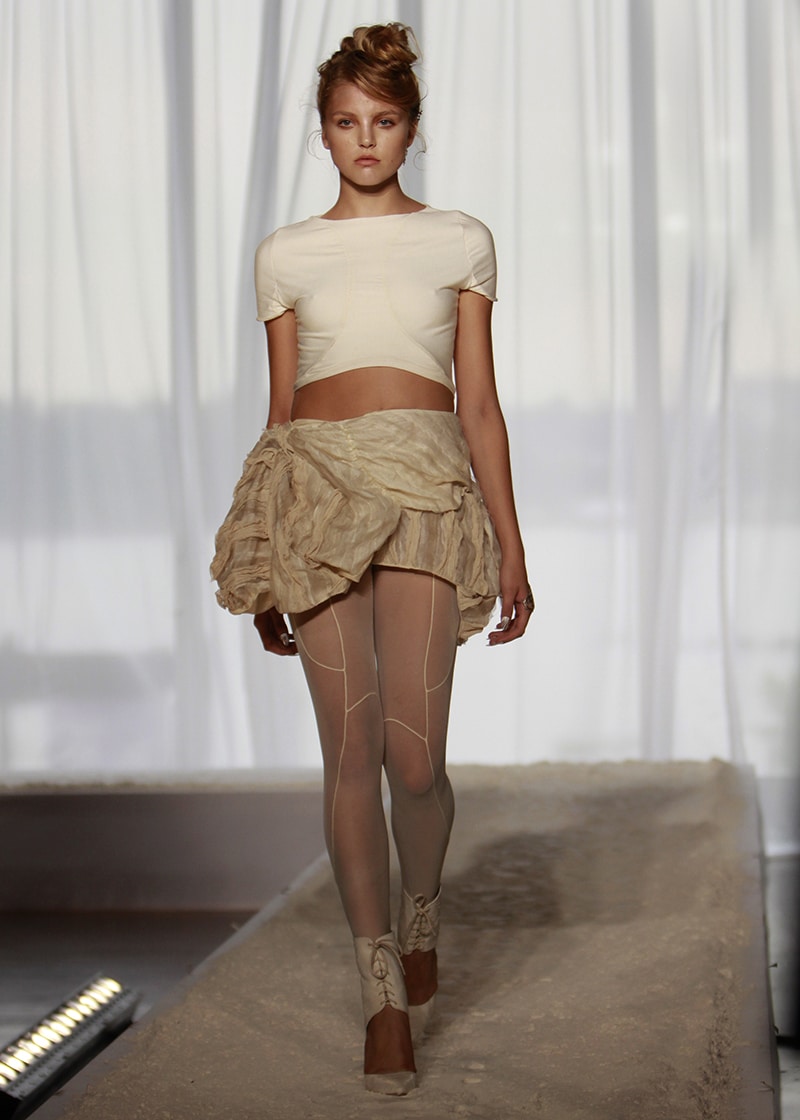 Back in Black;  Katie Gallagher sticks to a neutral palette for S/S 2013

Everything Forever. What does that even mean? Yes, it’s vague, but considering Katie Gallagher’s previous concepts- I imagined it to be one of those things a person feels but really has no way of explaining in less than a sentence. Keeping to her usual form, Katie’s S/S 2013 collection was shrouded in mystery. “It’s a little more personal than any season has ever been.” Katie informed us, “inspired by purity and rebirth of the soul, so it’s a lot lighter than it’s been in the past, but kind of a darker meaning. It’s about moving on from the past, but keeping your original soul.” 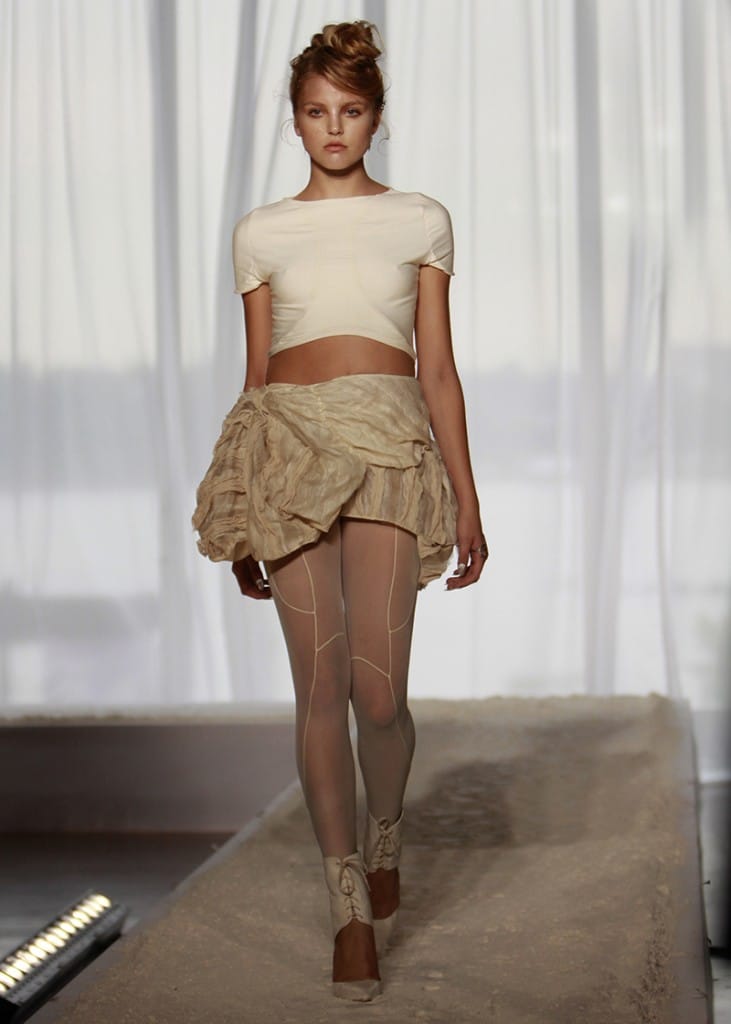 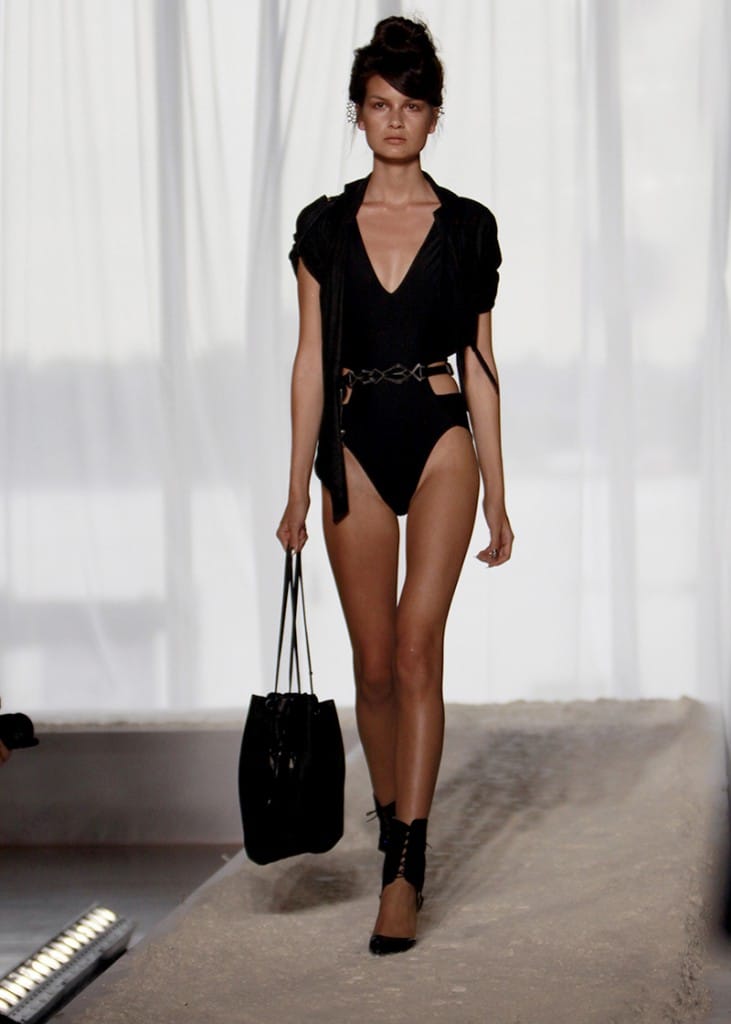 So, how exactly can a concept that deep and obtuse translate into clothing? Purity was communicated through the use of monochromatic looks in whites, creams and black. Hoods featured on a few of the looks brought childhood fairy tales to mind (sneaking off into the woods, cloaked by the night)- alongside very sensual silhouettes, long sheer skirts with intricate seaming and provocative low-cut necklines. The little woodsy girl is all grown up, but hasn’t forgotten how she got here.

Multiple collaborations took place for the show, which I find so inspiring, as I believe great design is the product of multiple minds. Musician Ella Joyce Buckley wore head to toe KATIE GALLAGHER while performing for the presentation. Megan Isaacs’ jewelry was featured- her fantastical designs fit perfectly with the concept. 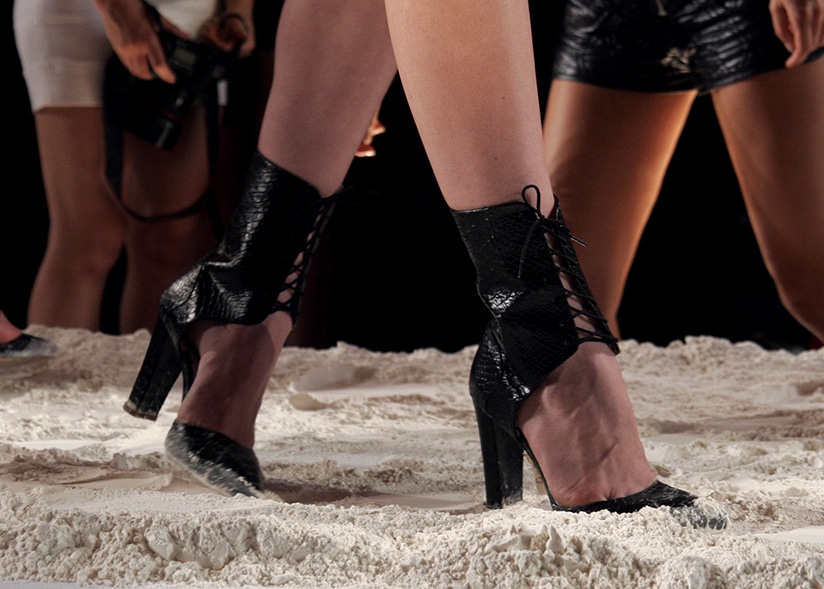 I very much enjoyed the belts featured with the swimwear, they possessed an organic mystique on par with Katie’s designs. “My good friend Frank, Francis Bitonti– he’s an architect, but he wanted to do something wearable with me,” said Katie, “I wanted belts and he took the project on. I love them. They’re great with the look of the bathing suit.”

Although the concept was exceptionally beautiful and eloquent, the garments well constructed, I feel there could be greater variation in the design element from previous seasons. Every year countless young hopefuls graduate from fashion school around the globe only to find their entrepreneurial endeavors crushed under the weight of the “real world”— and Katie, fresh from RISD — acquired and retains immense success. Considering that her core is already so strong so early in her career, I’m very much looking forward to seeing how she grows as a designer in the coming seasons. 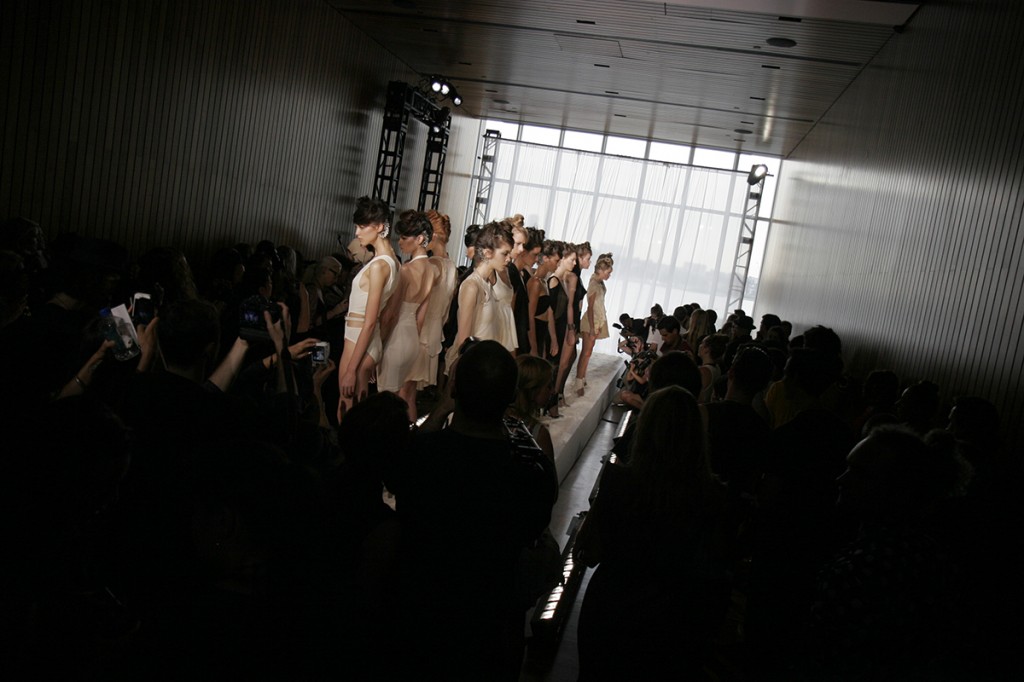