32 year old Heidi Agan until recently a burger waitress in the UK who was only making $10 an hour has seen her life turned upside down after customers kept insisting she give up her job and take on a role appearing as Kate Middleton‘s double for appearance fees. The decision to follow their advice it seems has handsomely paid off.

Now charging upward of $1000 a day for public appearances as Kate Middleton, the mother of a 10 year old son and 3 year old daughter has gone on to find herself with a very busy schedule as Kate Middleton’s lookalike. Which poses the question who could imagine looking like someone famous and popular could bring so many advantages?

But it wasn’t always easy for Heidi who often found herself being barraged by customers who insisted that she was the actual real Kate Middleton serving them their burgers (as if…).

Kept busy by her London based agency Susan Scott Lookalikes Heidi was recently asked to reflect on the Kate Middleton topless scandal to which she replied that she would have gone to the police straight up and that for the time being she hasn’t been asked to go on any topless jobs nor would she consider it if asked.

In the meantime she’s taken to enjoying wearing Kate’s clothes in photo shoots as well as meeting the occasional celebrity at a party here and there. Asked to reflect on her strangest assignment Heidi Agan tells the dailymail that it would have to involve playing a game of twister with Prince William and the Queen look alikes which in the interim might be a smidgen more fun than having to actually serve the actual Prince William and the Queen burgers and fries had they ever passed by where Heidi Agan used to work. 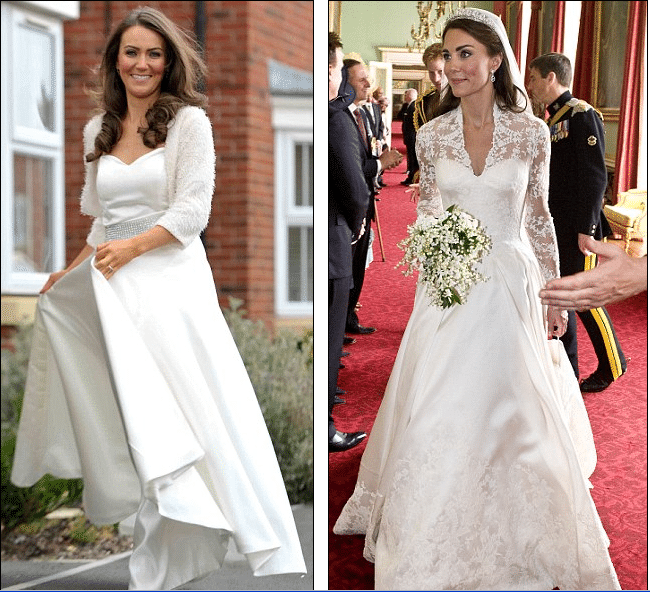 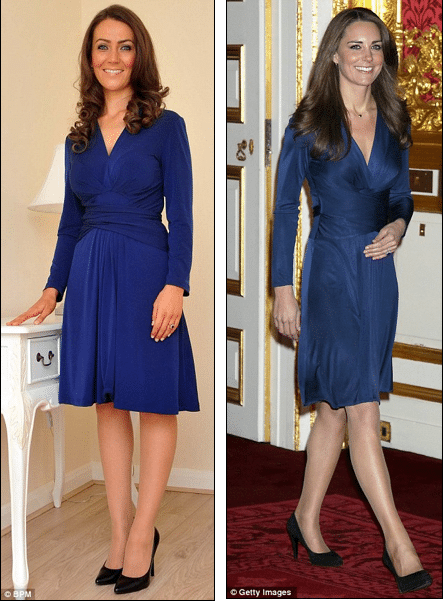