On from one super model and now onto the next thank you very much.

It seems, pop star Adam Levine has a thing for models (or is it the other way around?) as he has now taken up with new girlfriend, regular Victoria Secret’s fixture (and good friend of his ex thank you very much) 23 year old Behati Prinsloo.

Of course being a Victoria Secret’s model comes with a caveat; maintaining a stellar physique (which probably doesn’t bother Adam) and how does the Namibian (who is now based in NYC) model manage to get her super svelte physique?

vogue.co.uk: ‘I try to do Pilates when I can all year around and I also like to swim a lot. I also have a trainer that kicks my butt when it’s needed.’

Who doesn’t mind having their butt kicked when you’re dating a super pop star?

“When I’m on holiday I’ll paddle board, swim in the ocean, roll in the sand, long board, soak up the sun, eat good food, be with friends and family, and go fishing with my Dad.”

Of course in the interim when she’s not home, Behati will have to ahem go paddling with Adam. 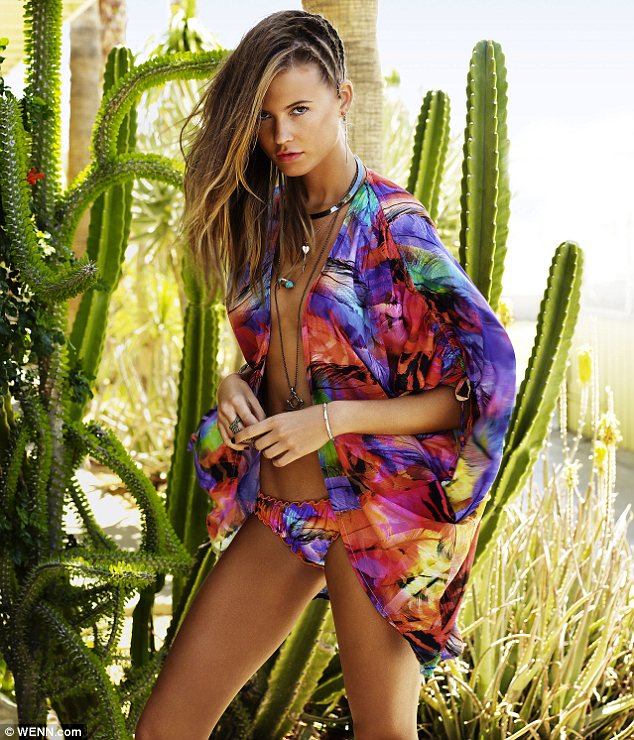 And then there’s this if you can believe it (ah the modesty):

dailymail.co.uk:  Despite her obvious beauty, she claimed that her induction into the elite Victoria’s Secret modeling group surprised her.

‘Becoming an Angel was a huge one for me because I just never thought I would be able to do that next to some of the world’s most beautiful women,’ she told the magazine. ‘I always felt like too much of a tomboy.’

Too much of a tomboy hmm? If you say so Behati…

And how’s her career going you wonder (we of course already know how her love life is faring):

Miss Prinsloo was named as the new face of Seafolly’s Summer 2012/2013 range recently, and was captured in a range of incredible beach snaps for the Australian swimwear label’s new ad campaign.

She joined Miranda Kerr, another Victoria’s Secret Angel, and Jessica Hart who are already representatives for the brand.

Oh dear. Isn’t it time you became a super model or a pop star or whatever it is that it takes to be so desirable to other uber members of the opposite sex?