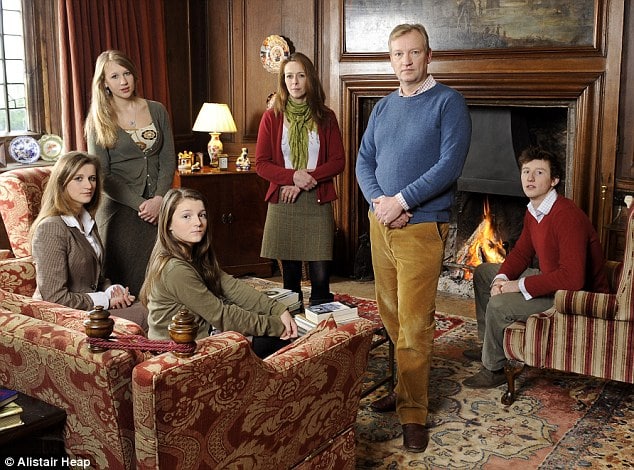 Being a self entitled brat comes with the territory of being upper class. Who knew…?

Out of UC Berkely comes a study that has reaffirmed what most people (including the subject of those in the study) already have come to understand: rich people are assholes.

But how bad are they really misbehaving? Well, it doesn’t look too good…

sfgate: UC researchers found that wealthy people tend to endorse and even engage in unethical behavior, like selfish driving, cheating a new employee out of higher pay or stealing candy from children. The report was published  Monday in the journal Proceedings of the National Academy of Sciences.

The report’s findings suggest a psychological explanation to buttress the accusation of the Occupy movement that the country is divided between a greedy, corrupt 1 percent and the rest of us.

Well let’s face it, it does take a certain lack of empathy to keep oneself a few steps ahead of the general populace. To ignore their needs, and or worse to go out of their way to subjugate the needs of others so they can remain at the top of the food chain. The question this author has then is it really just survival of the fittest as naturalist Charles Darwin advocated, atypical of the human condition or simply a situation that once you’re rich and accustomed to getting your way you will do whatever it takes to remain ahead of the curve?

And how did researchers arrive at their understanding that rich people are more prone to maladjusted behavior?

Researchers conducted two field experiments in in Berkeley and tracked more than 400 cars’ behavior at a four-way intersection and at a crosswalk. The first study found that drivers in more expensive cars — newer models of luxury brands in good condition — were four times more likely to cut off other drivers at four-way intersections than drivers in cars that were cheaper, older or more beat-up. The second study found that drivers in more expensive cars were three times more likely at a crosswalk to cut off a pedestrian trained to participate in the study.

The rich weren’t any better behaved when they left their fancy cars, the study said. Lab experiments looked at more than 600 participants who self-reported their wealth.

Given the choice of taking one piece of candy or two from a jar meant for children, wealthy study participants were more likely to take two than people who weren’t rich.

What’s more, well-off people were more likely to withhold relevant information when role playing as an employer negotiating a salary with a new employee. They were also more likely to cheat in a dice-rolling game in which players reported their own scores.

Which raises the question, are rich people simply bereft of compassion for others, too inured to what is going on around them because they can literally afford to be or is it simply a situation that society rewards and idolizes rich people who then interpret this adulation as a free pass to behave as devil may care?

But here comes the wrench in the soup:Poor participants were just as likely to behave unethically as the rich if they were made to feel wealthy.

“That study suggests there’s no innate or fixed differences between people of different backgrounds,” Piff said. Instead, it seems that people’s surroundings and financial situations can greatly affect their behavior, he said.

Which might be another way of saying people in extreme circumstances may feel that they don’t have to abide by social or moral constructs that they society so often tells us to abide by given their nature of their circumstances which allows them to have to give credence to social conduct that most people, especially those in the middle class are forced by their peers to observe and give homage too.

The moral of the lesson? Being rich or very poor will always give one latitude to behave outside of the box, which explains why rich people never pay on a percentage term their fare share of tax or why for that matter poor people never pay their share either, then again maybe that’s because they’re too busy stealing from rich people to stay ahead of the curve.