Kids I’ve come to the conclusion that by now most seasoned starlets are fully cognizant of what it is that they are doing. It’s one of two things- to get us to love them or conversely get us to hate us. There is no in between. Anything in between is death. You can never ever be ignored as a Hollywood celebrity. It says there loud and clear on every actresses SAG/AFTRA card; ‘From this day forward I promise to either offend or seduce my fans, either of which must earn me lots of adulation, respect, three back to back People Magazine covers and a treasure trove of money. ‘

That said  the following actresses decided to uphold the monstrosity category. A brave choice indeed (then again some actresses are born to play the bad girl role, so why not in real life too?). After all having turned up looking sane and normal would have meant going unnoticed and any attempt at stupendous probably would have merited scorn, which is in effect what we have plenty by the bucket load to dish out.

Are you ready for the top ten Golden Globe monstrosities of 2012? 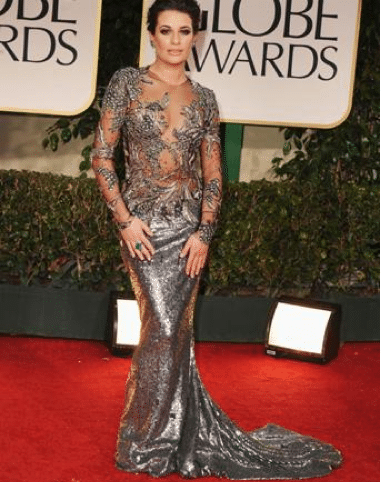 10/ Lea Michele: Excuse me but is Lea wearing the tin man’s  outfit from the Wizard of Oz? Where did the bixch find the nerve? The whole thing is cluster choking on the ground- screaming- ‘Get me off the red brick road and back on to the yellow brick road bixch!’ 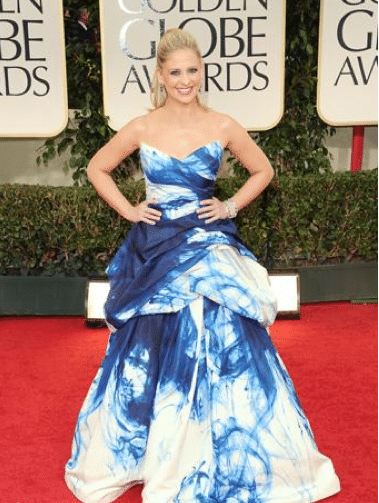 9/Sarah Michelle Gellar; What the blue scary thing in hell is she wearing? Kids is this finger paint art? Is this Sarah cracking a bottle of the good shit and getting to work before arriving to the Golden Globes. Never mind Sarah you’re playing to script- pass to go…please stop sniffing the oil paints. 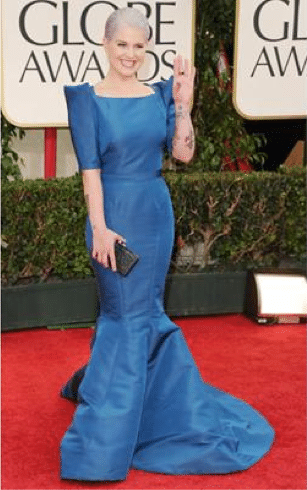 8/Kelly Osbourne: Kids for starters the look is horrendous and disgusting. Too angular, too structured, too much playing at airs, too pathetic. Of course what’s got me and the chipmunks Fyodor and Mazeltov wondering is what’s she doing at the Golden Globes in the first place? I had no idea ass kissing reality daughters of non reality shows counted even in this genre. Didn’t anyone think to push her off the cliff last night? 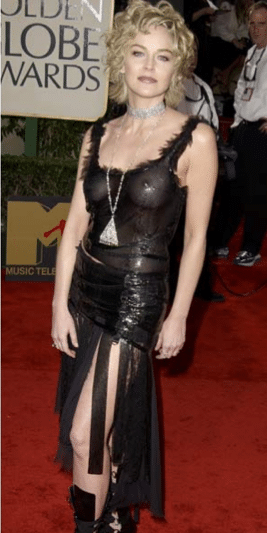 7/ Sharon ‘I want you to ogle at my perk nipples’ Stone. Kids I wont say too much here. Sharon’s nipples are in charge of the conversation. Basic instinct has gone out the door to be replaced with Basic Incitement. Bring out a box of tissue papers and get to work boys…ps what’s that candy strap rolling out of her vagina? 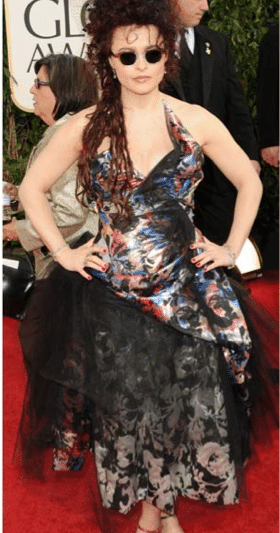 6/ Making her customary foray into the worst dressed is Helena Bonham Carter. Kids I don’t think there’s ever been a year in Helena’s life that she was never worst dressed. Which is to say this bixch knows which side of the toast her bread is buttered. A plus for consistency, the chipmunks are roaring with approval. 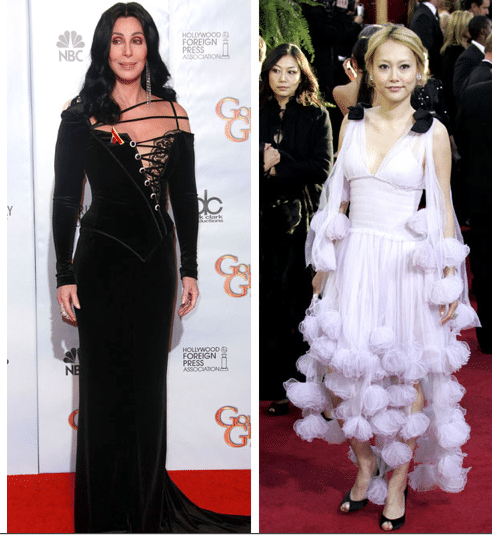 5 Cher. No no no. Morticia does not live here. She will never live here. Morticia died in the back part of someone’s anus. Died and bled to oblivion until one day Cher came across her whist knitting spider web strings at the first club division of Pampered Frequent Nutcases. Never mind, Cher is just doing her part to be obnoxious and by default relevant. Don’t you miss those assless leather panties of hers? Yes Cher is getting tamer now that she’s 70.

4/ Rinko Kikuchi. What is the fluff pom pom girl doing here? Kids is this the sleepy well department of the shopping mall? Do not pass go. Go back to the end of the line and strip the pom pom dolls and replace with daggers. Be very careful not to cut yourself with said daggers. Better still find a pillow case and wrap yourself in it Rinko. Good job Rinko, you’re now slowly climbing up the ladder of the gauche and controversial. 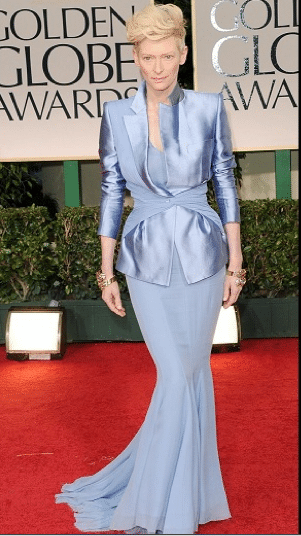 3/ The glory days of Tilda Swinton are spewing into our collective life rafts! Kids my eyes are careening in their sockets trying to get a vertical hold of this. Part 1940’s timeless piece but 7/8  dis-propiortionate cluster fxck. Of course this bixch is a hawt diva and even dressed like an out of place turnip with a ribbon careening across it, she steals my breath. A very satisfactory faux pas indeed! A timeless failure will always stand the test of time… 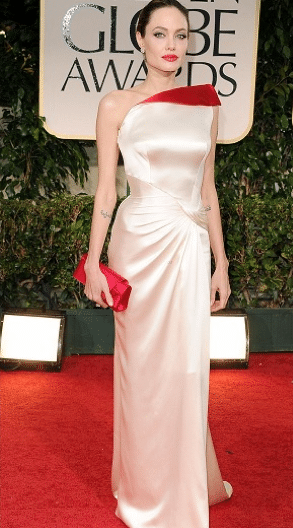 2/ Angelina Jolie: I am a timeless Grecian Goddess who decided to fxck with your heads today. Today I decided to come dressed as this abhorrent concoction just to show you bixches no matter what I say, how many vials of blood I drink or whose husband I steal I will always be the perfect hawt mess. Stare all day if you must but you bixches have nothing on me. Now hand me my award already! 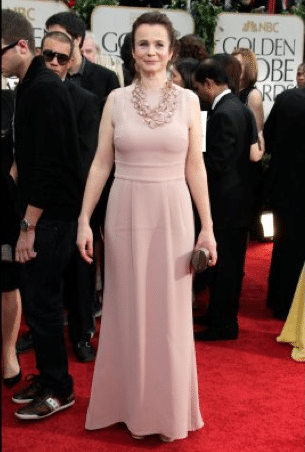 And this year’s complete mess and irreparable disaster goes to Emily Watson who came as the pink bag lady. Thinking that she was going down the street to buy a crate of moonshine, Emily decked her in her everyday ‘it’s okay hobbo’ look that dispels wonder and vivid enticement. When Emily goes shopping she knows to immediately head straight to the basement for her favorite heavily discounted bag lady outfits. Then again that’s why we love her- we can always count on her playing dowdy miserable characters that remind us so often of ourselves…