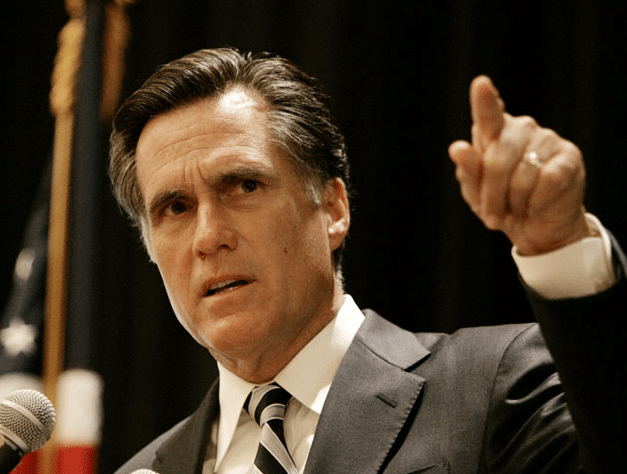 Perfunctory to the affairs of running for the highest office in the nation, the presidency, comes the candidate’s willingness to foster an image that s/he is the best out of all the competing and incumbent candidate (Barack Obama) who will best serve the nation’s needs and aspirations. That in essence is the highly publicized pretense sold to the public.

In reality back door deals amongst special interest groups with vested interests have already chalk marked their preferred candidate who it is tacitly understood will deliver/tow the line on certain designated special interest needs and aspirations. The campaigning that we are all currently privy to isn’t therefore an effort to appeal to the hearts and minds of the nation, but rather to  carefully position a token politician (who has already pledged his allegiance to those entities that hold the concentration of power) to the greater public and insist despite our collective incredulity and misgivings that this time the man or woman standing in front of us will save us from ourselves and deliver us to prosperity. The reality couldn’t be further from the truth.

Welcome then to this year’s fore running front runner to an expedient agenda for the establishment, Mitt Romney who it seems has established a vibrant ability to be  a nimble con man highly attuned to the highest special interests groups of the land. Exploitative? Dirty politics? No- just business as usual….Christopher London of christopherlondonblog.com explains….– Scallywag.

MARCHES TOWARDS GOP NOMINATION AGAINST THE WILL OF THE AMERICAN PEOPLE

Mitt Romney’s Aqua-Fresh inspired Presidential Campaign logo features THREE FACES for the ‘R’, the first initial in his last name. Perhaps the three colored Acqua-Fresh strips are indicative of something else entirely, like  the three (3) faces Romney wears in public to fool people into believing he has the critical attributes we look for in a President. Under critical examination of his  (i) Faith (ii) Experience and (iii) Values & Character Romney fails the test of what our country needs at this time in terms of leadership. Below I break down the reasons for that conclusion.

Park Romney, a member of the Utah based Romney Clan who has left the LDS Cult has written a book entitled:  ”The Apostasy of a High Priest” when asked,  ”Is Mitt Romney’s religion a fair campaign issue?” stated the following:

“Mitt Romney is an active High Priest of the Mormon Church.Mitt Romney’s religion is thus a fair campaign issue….I think the notion that a candidate’­s religion should not be considered and weighed thoughtful­ly by his constituen­ts is absurd. I think that journalist­s who promote this naïve and simple minded notion as “appropria­te” do a great disservice to important public dialogue that should be promoted and not discouraged.”

The mainstream media needs to grow a pair; Romney is not having his religious freedom challenged by a legitimate inquiry into the depth and extent of his belief system and his leadership role in theMormon Church. Furthermore, his duplicity and silence and attempt to vaguely equate his faith to Christianity is especially troubling when few if any learned scholars and practitioners of the faith would ever equate Mormonism with Christianity. Mormonism is not Christianity, the same way Scientology is not Judaism but yet the Mormon Church has been engaged in a nationwide PR campaignspending millions of dollars to resurrect its image and to equate Mormonism with Christianity.  The LDS Cult movement is attempting to increase and extend its power and membership, while thousands upon thousand of ex-Mormons continue to enter into Twelve Step Recovery Programs (just like those treatment programs for alcoholics and drug addicts)   to recover from the oppressive mind control of  said “faith” and its ‘weird and sinister’ beliefs and practices. Why is that not worthy of inquiry? The LDS Cult should have its 501 (c) (3) status revoked.