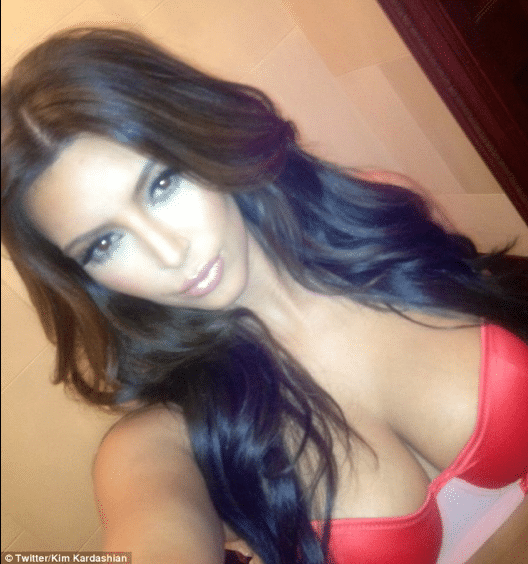 Kids, it’s time we all go for a collective walk to the hairdressers. Why you wonder? Well because Kim Kardashian, the starlet of Hollywood pandering for your dollar bills and sparkly affirmations to the good life just tweeted about her new hair treatment.

Yes kids, this is the part where you go ooh, ahh and melt into fluffy marshmellow balls and take out your credit cards for Kim to process. Shall we then?

dailymail.co.uk: Kim Kardashian wanted to show the world her new hairdo after dyeing her locks a lighter shade.

But it most likely wasn’t the big hair they were looking at after the reality star posted a series of photos to her Twitter account.

You mean to tell us Kim was there to sell us more than just her new hair dye? I wonder what else Kim was tweeting for us to be seduced by? Could it have something to do with getting you to open up that credit card? 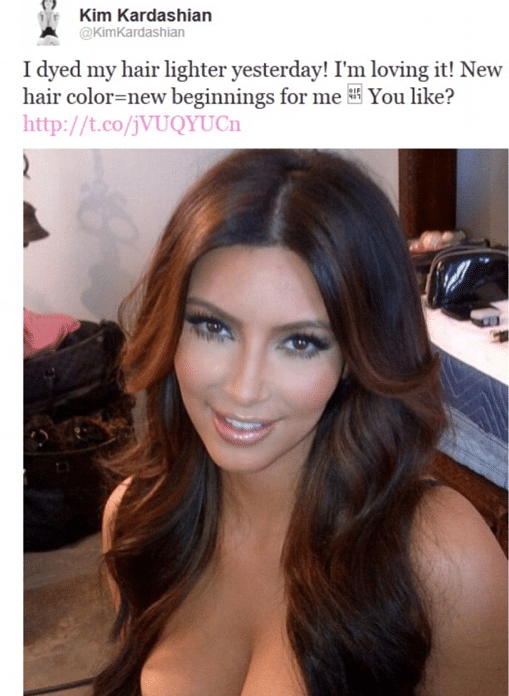 Kim amped up the sex appeal by posting a photo of herself wearing just the underwear, with the caption: ‘Photo shoot fresh! All about corals for spring swimwear.’

She then sent an almost identical but slightly less revealing snap of herself in an untied fluffy white bathrobe, with her hair partially covering her cleavage.

The second shot was accompanied by the words: ‘Last shot of the day! On set of our Kardashian Kollection for Sears shoot!’

Kim, for this you made me and the chipmunks get out of bed? Isn’t there a video of you already blowing some guysomewhere on the web I can download in a zip if I want to be aroused by you? Or is this just your attempt to have me tastefully aroused this time?

But it gets better too. Kim at the same time started peddling (kids listen and learn, this is the fastest way yet to making a bunch of money without having to do anything legitimate or meaningful in your life or having to date some boring investment banker ever again) images of herself and her sisters sleazing it up in their new jeans line: ‘Kim and my sisters Media whore faded jeans.’ 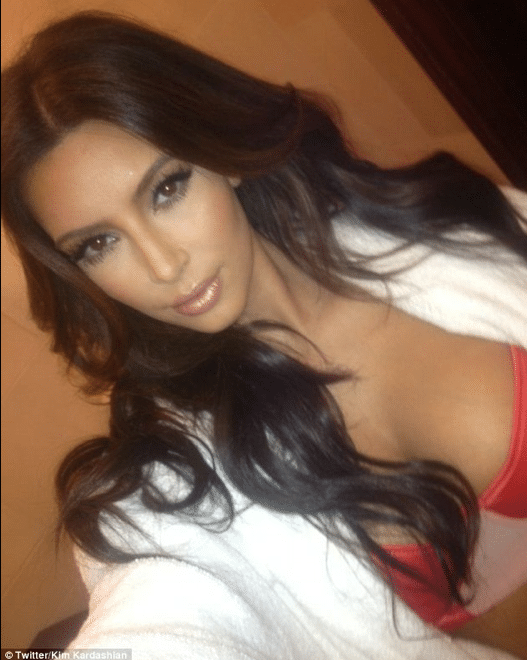 Kim was also using her famous curves to promote her latest venture earlier in the day, after she posed topless with her sisters Khloe and Kourtney in a campaign for their denim line.

The trio can be seen intertwined while wearing nothing but their range of jeans, another strand of the Kardashian Kollection for Sears.

Kids, don’t you get the idea that the Fed ought to start printing $100 bills with nothing but a picture of Kim living the good life?

Kim posted the racy image to her website and wrote: ‘’Kourt, Khloe and I decided to go natural for our Kardashian Kollection denim shoot with Nick Saglimbeni and pose in only our favorite jeans! What do you think of the pic? I think it’s such a beautiful shot and Khloe and Kourtney both look so stunning! Xo’ 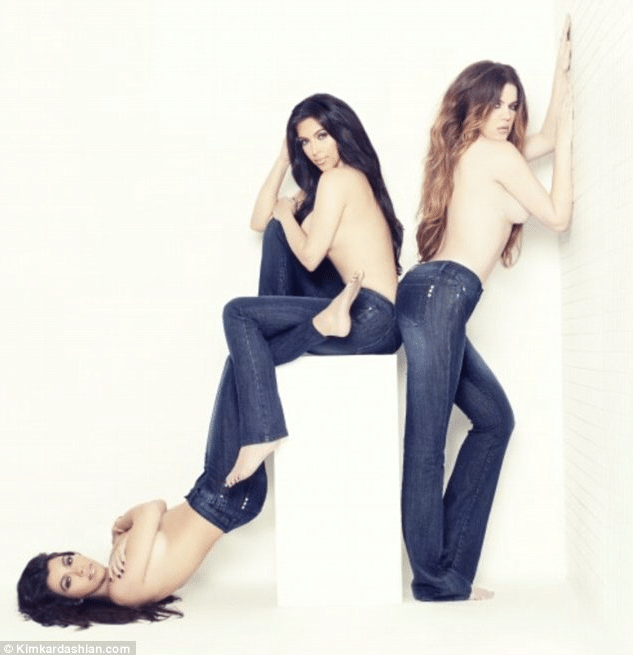 So stunning because you’ve been photoshopped until all them fat rolls ( I know I’m being bixchy and mean this morning) and what you normally call your ass cheeks and your sisters cute dimples otherwise known as a double chin have been miraculously been shaved off. Not that wouldn’t stop me and the chipmunks immedialtely racing to the nearest Sears. A fantasy is after all still a fantasy.

Kids, isn’t it time you became your own reality star peddling nothing but vacuous images of yourself and all the meaningless product endorsements you can muster? Unless of course you already are…

If not in America where else?