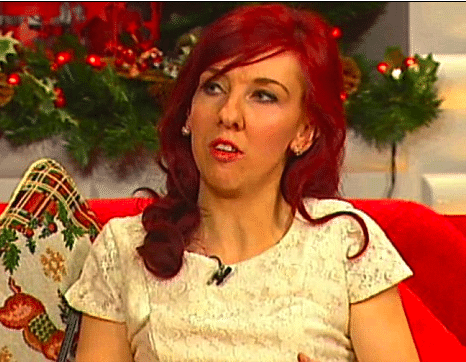 At 25 years of age Kate Quinn unlike most women has never needed to wear a bra or even experienced having menstruation cycles. In fact she has yet to go through puberty, which is to say ostensibly Kate Quinn is living in a body of a 12 year old boy courtesy of a rare disease called Caudal Regression Syndrome (CRS).

At only 4ft 9′ the disease which was only first diagnosed 2 years ago(it is said up to 25 000 people in the world have it) has also left Kate with a lower spine that has yet to be developed.

So distressed has Kate Quinn she has begun a public campaign to bring attention to her plight and the deep ramifications of the disease. Until now she has lived out of sight, too embarrassed to venture publicly and to her dismay never experienced love.

Her lack of oncoming of puberty is said to be the result of the disease, as well as partial absence of her lower spine. More serious repercussions of the disease also involve paralisation and in the past prior to more advanced medical dealings with the problem led to the amputation of the legs at the hip in rare instances.

Not only has the disease tempered Kate Quinn from engaging in a love life, it has also preempted her from going to college or getting a job as constant trips for surgery are taxing. Countless attempts to inject her with hormones has not led to the onset of puberty.

At this juncture Kate Quinn appeals are being made public in the hope that a doctor might be able to come along and resolve her ailments.

Such are the hideous injustices of life but then again since when did nature ever hold a moral compass to its reflection? Perhaps a solution is at hand, one can only find solace in Ms Quinn’s struggle and the strength to find conviction in the misfortunes and unpredictable patina of life.