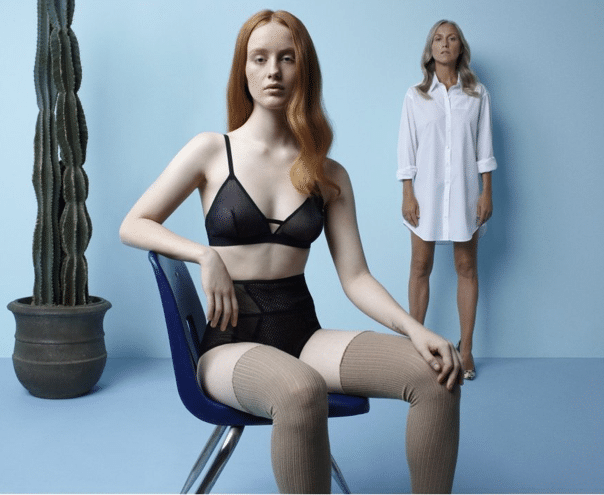 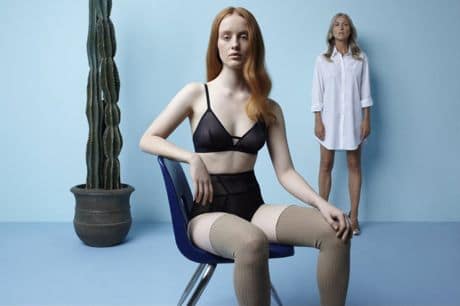 An underwear/lingerie campaign by the lingerie outlet ‘The Lake and Stars,’ has caused some degree of dissent because of its particular representation of a 19-year-old girl and her mother. What’s controversial isn’t that these two women appear half naked in the ad together but how they actually appear together. Or to be succinct how they relate to each other, which in this case borders on incense, same sex love adulation and the carnal forbidden, which is frankly just another day at the office for fashion brands as they continue to push the limits of proprietary.

“A lot of the themes that we’re dealing with are about psychology between women as they’re growing up and dealing with family politics or women in the workplace. We always poke fun at these ideas that people take really seriously, but we’re trying to make it so that people can talk about it and have a sense of humor about it.”

But what family politics are being espoused when the images portray the all too comfortable and slightly awkward veneer not of mother and daughter but what could be interpreted as a young woman and her older female lover longingly admiring each other. Yet then again this could be the deceit of the campaign- that we know that the models are mother and daughter (the resemblance is uncanny) and their suggestive reposes alert us to the un natural or perhaps treacherous- which one assumes is what is suppose to hint at this lingerie line’s viability. 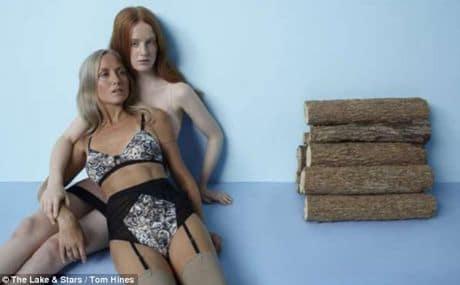 “That’s what really drives the collection and what drives the photos: these women who are experiencing something that we’re not necessarily experiencing. I wanted to present portraits of them so that people would see the chemistry that they have. I think it’s really rare, you don’t see a lot of that.”

Rare because most mother and daughters although having extremely intimate relationships rarely have relationships bordering on the carnal or suggesting as such. Once again it seems the retailer is dangling the controversial and opaque by design to force a discussion of mother daughter themes and by implication the fashion brand’s contentious disposition for bringing uncomfortable or should we argue highly suggestive erotism to the fore between subjects that most of us would be reluctant to spend too much time considering.

The campaign itself according to the designers was an accident and one of coincidence:

The mother and daughter pictured in the campaign are not models by trade, Zilberman said. They are just her next-door neighbors in Brooklyn, everyday women, who seem to have an interesting relationship. “They’re always so loving and tender towards each other,” Zilberman said.

Loving and tender- yes. But loving and tender and sitting in each other’s laps in garter belts? Is that something most 19 year old girls do or have even fathomed doing? But once again this is the kicker of the campaign and its allure that it presents a particular dichotomy about how we as society view certain relationships, in this case mother and daughter and thus cleverly extends its branding as we the consumer take the extra second to consider what it is what we are witnessing and how or why it intrigues and yet as in this case perhaps repulses us… 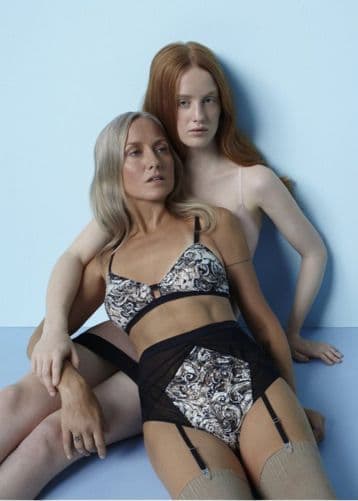 Article and images continue next page.