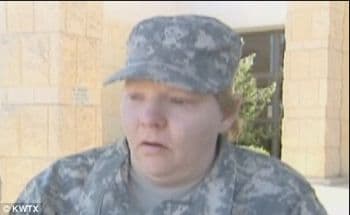 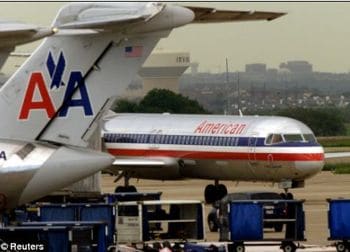 A disabled army veteran, Dawn Wilcox has alleged that mistreatment at the hands of American Airlines staff  led her to inadvertently soiling her pants and then having to be forced to remain in them after she missed her connecting flight this past weekend.

The airline for their part argues Wilcox was afforded the opportunity to use an onboard wheelchair to use the bathroom facilities, but Wilcox purportedly declined insisting that instead that she only use her own personal wheelchair. The only problem being was her wheelchair was in the cargo and accessing was going to take some time.

Ms Wilcox for her part has vehemently held that no such offer was made and in fact rather than accommodate her immediate demands to use the bathroom she was told to wait until all the other passengers disembarked first. Having by then missed her connecting flight and soiled herself Ms Wilcox argues she was forced to wait in her soiled pants for hours for the next connecting flight.

The airline for its part holds that it offered Ms Wilcox a shower but Ms Wilcox declined because she didn’t have another pair of pants to change into nor was she offered another pair by the airline.

One can only wonder irrespective of whether Ms Wilcox got to use her own personal wheelchair or not why American Airlines didn’t apply some measure of initiative in averting what any half sane individual could have figured out was bound to lead to be a major and dire inconvenience for Ms Wilcox, given her disability.

A clean pair of pants wouldn’t haven’t been out of the extraordinary but then again given the airline industry’s pernicious desire to clamp down on costs it may well have been. Either way the incident underscores like so many episodes of late the vulnerability of passengers when subjected to elements or issues beyond their immediate control.

Such it seems are the ongoing calamities of trying to find a measure of sanity and common sense in the dizzy pursuit of air travel in a post 9/11 deregulated airline industry.