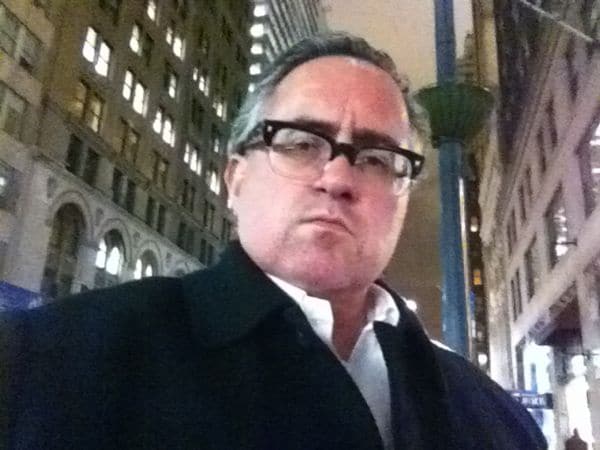 Take a look at me. Go ahead. Do I look like I really care about being one of the “Fashionable Elite”?  My heroes are people like Jane Jacobs, Norman Mailer, Lenny Bruce, Jack Kerouac,Jimmy Breslin, Chris Hedges, Joseph Stiglitz and Paul Krugman to name a few.   Word Up, with all due respect to Peter Davis and his talents, he is not one of my heroes or a source of intellectual inspiration, even if I do have a personal affinity for and respect him.

Peter Davis is, however, a stylish, attractive gentleman about town who garners looks from both men and women, and he is rather appropriately the Avenue Insider because of his connection to the life of Upper East Side privilege. Peter is by choice a top notch “Fashion Writer” whose role is to cover and write about who or what are in Vogue. And he does it rather well. Some would say he lives the life of a Bon Vivant, hob-nobbing with those he covers. Mazel Tov!

I have always given Mr. Davis his props for his manner, style and grace. In fact, had you actually read my piece you would understand that my narrow critique of Mr. Davis and his ilk was not one born of jealousy or resentment towards his accomplishments in the world of fashion, but rather an acknowledgment that because of his status and platform which he utilized to great effect in support of the anti bullying movement, and also because he is perceived generally as a civic minded NewYorker that he might want to lend his voice to the civil rights issue of out time: The rising Police State and the use of excessive force by hypermilitarized police forces against unarmed citizens, of all walks of life, including members of the LGBT community.

Truth told, I am not GOD nor am I Santa Claus. Hence, how naughty or nice one is, is irrelevant to me. Our humanity and/or philanthropy are private matters. I did not render an indictment ofPeter Davis’ compassion for his fellow man or whether or not he possessed a philanthropic bent or even whether or not he chooses to support Occupy Wall Street. Notably over 72% of New Yorkers support OWS and the pervasive movement is far more diverse than the mainstream media gives credit. The movement contains men, women, academics, intellectuals, writers, professors, professionals (including former finance people), community leaders, lawyers, union members, farmers, the poor, the indigent and the homeless,  the underemployed, so many nationalities and yes even members of the LGBT community are included therein. Undoubtedly someone who may identify as gay, queer or transgender may have been impacted directly by the unnecessary violence administered. The dehumanization of any of our people based upon their being part of some undesirable sub-sect of humanity whether it is being poor or working class, gay or transgender or being less than fashionable and even unkempt, is beyond troubling. It is unacceptable.  This is what America looks like.

My expression of concern was rather narrow. As the so called “cool kids” at least in an urban metropolis in New York City, the Fashionable Gay Social Media Elites have an impact on what a wide swath of folks see as trendy, cool and even important. Truth is more people know who is Andy Cohen of Bravo TV than they know who was Walter Cronkite or Tim Russert and they likely listen to Andy Cohen more.

And while I understand that the editorial mission of neither Paper Magazine or Avenue Magazine is to cover movements contrary to the existing social order, media personalities such as Peter Davis (but not exclusively Peter Davis) have used their Facebook and Twitter accounts rather extensively, if not prolifically in the case of their support for anti-gay bullying legislation and gay marriage, while not offering similar concern or commentary when the evidence was overwhelming of the rise of Police brutality from Wall Street to UC Davis’campus. Many have been all over the mainstream media elite already. And perhaps this is an unpopular angle to come after media elites, but I do so because I hope and expect more from those who have been themselves victims of oppression and a system that sought to marginalize their interests and their contributions to society. And yet even so I almost understand that espousing protections for a class of folks that the Corporatocracy seeks to marginalize and diminish, is not exactly helpful to holding on to one’s writing job, much less to gaining luxury sponsors for your Publisher.

The dehumanization of citizens is neither a gay or a straight issue, nor is it a Republican or Democratic issue, it is a human issue and we cannot stand by and allow for our fellow man to be dehumanized, not in America. As for me, in the word of Jane Jacobs: “I do not know who this celebrity called Jane Jacobs is. It’s not me. You either do your work or you’re a celebrity; I’d rather do my work.”  I do not see myself as a celebrity or socialite. All I am and aspire to be is a citizen. And for that matter, attacks on this self made publisher Christopher Koulouris are also misplaced. For he aspires to be something else entirely, which is why he is a bit of a lone ranger out in blog land, and ironically we do not always find commonality on issues but only commonality on the need to discuss them.

Peter Davis: ‘Don’t insult me without first consulting me!’