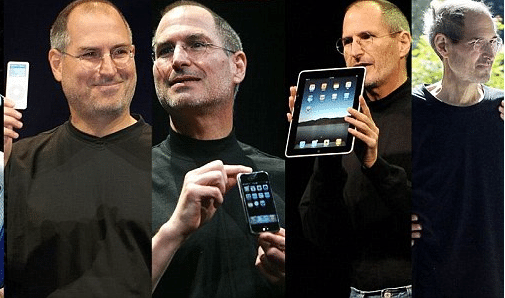 I knew something was terribly wrong earlier this evening when I turned to turn on my Apple notebook on. As is customary it hummed a million atoms of imagination, fortitude, stamina and tech whizzadry that simpletons like me could only ever wonder about. Finally my apple page came on and there in simple grey tones was the visage of Steve Jobs- on the main frame page.

Intuitively I knew something was wrong and that’s when I took to google to type in these two simple words, Steve Jobs into the world wide web- something that Mr Jobs in his climbing the ladder to greatness had helped develop with one of his earlier corporate creations- NEXT. And that’s when it hit me- Steve Jobs, born in 1955 was today suddenly dead. Dead at the age of 56 years old. 634 related articles and climbing. I sat there flummoxed and terribly despondent that this man who we as a society owed so much to was suddenly dead. Deceased. Gone. Kaput.

I quickly started reading various articles on Mr Jobs, his struggles on the way up, his intense guarding of his private life, his illness, the rumors of his hastening physical deterioration, his complicated temperament that had worked to secure him grandness and fortitude and other times had acted to have him thrown out of his own company – that of Apple in the early 80’s. Read how he went on to start an animation tech company- Pixar, read how he revolutionalized animation story telling and read about how he was in the 90’s begged to return to the company he once founded on the basis of the Macintosh deity and read how he set about over the years to turn a faltering company into a worldwide behemoth that is synonymous with lifestyle.

I then read about how he decided being clean and stark was now out and how he wanted all the Apple stores to be airy phantasmas where whole collectives could come and while the whole day away, marveling at the genius products that were now in abundant and ever rotating display. I read how he streamline the personal computer and adopted it into an attitude to serve the user instead of the other way around as had been traditional with most PC users (yes I have smashed many PC’s and for good reason). Read how he gambled on portable music, the IPod, gambled on selling music for 99 cents on the IPod- ITunes, gambled how he gambled on something called the iPhone and then how he finally gambled on something called the iPad that so many said could never work But it did work. And that was part of the genius of Mr Jobs, a once abandoned child for adoption who never managed despite his intellectual prowess to graduate from college. But then again Mr Jobs didn’t need conventional school, that would and it did limit him.He needed the school of hard knocks, the school of figuring it out for yourself, the school whereby what he learned and created would be taught in school curriculums. Such is the legacy, fortitude and calculating shrewdness of a man who so many times nearly gave up on himself and life and who even in his Stanford honorary graduate acceptance speech in 2005 wondered out aloud about his journey. Where he jibes and contemplates and gives great courage to so many budding entrepreneurs and free thinkers:

stanfordtranscript.edu: It wasn’t all romantic. I didn’t have a dorm room, so I slept on the floor in friends’ rooms, I returned coke bottles for the 5¢ deposits to buy food with, and I would walk the 7 miles across town every Sunday night to get one good meal a week at the Hare Krishna temple. I loved it. And much of what I stumbled into by following my curiosity and intuition turned out to be priceless later on.

But it’s when I finally got down to the following passage is when I let out a great long exhalation and fidgeted for a cigarette:

My third story is about death.

When I was 17, I read a quote that went something like: “If you live each day as if