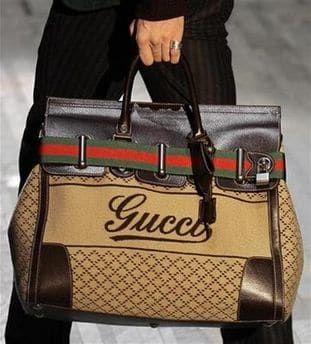 Worldwide condemnations have already led to the sacking of at least two managers but that’s just the tip of the iceberg.

It seems workers at the Gucci flagship store of Shenzhen, China have been having a pretty rough go of it. How rough you wonder? Let’s put on our $3000 Gucci leather jacket and find out:

Employers being denied food or water during their shifts, the result of which it it is claimed led to some pregnant employees suffering miscarriages.

Being forced to stand upwards of 14 hours on ones feet.

Allegations that employees were withheld overtime pay. Many have left with thousands of dollars still being owed to them.

The forcing of employees to pay for those items stolen by customers out of their own wages, this despite the existence of store insurance.

Deprivation of use of bathroom facilities unless it was of dire need.

And adding insult to injury employees were told they were too poor to qualify for store discounts.

The conditions employees were forced to abide by only became public knowledge after a letter was written by a former employee to a Chinese newspaper, the Global Times.

As a result of the article, it is said that the parent company,who owns Gucci, Paris based Pinault-Printemps-Redoute (it should intrigue you to know that they have expressed outrage) has officiated in the hiring of external consultants to mine business practices in China where 42 company stores are said to exist. (not bad for a supposed Communist themed nation).

Besides the firing of store managers little has been said as to what changes will be installed and when. Of course one has to wonder if Gucci were being purposefully naive in their assumptions that in a nation ripe with human and worker rights allegations,and an unusual history of worker suicides,  the affairs of its operations were being conducted with the utmost of proprietary. Then again when the money is flowing and it is understood that ‘this is just the way’ things are done in China, Gucci probably hardly felt the need or the desire  to discover how things were really being done.Unless of course they knew (one would have to wonder).

Such it seems is the tender love and care that goes into making your must have Gucci itinerary. You may now take off your $3000 jacket if you wish. Or just ignore this story and buy yourself another one in the very near future…