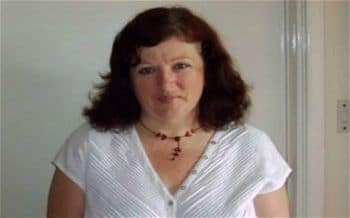 We have all had or heard of strangely sadistic teachers, but this one takes the cake.

The Telegraph reports that a disciplinary panel was called in Birmingham yesterday to examine the case of Roslyn Holloway, a special-needs teacher at Lord Silkin Trust Secondary School in Telford, Shrops, who had a predilection for calling her 13-year-old students “idiot,” “black boy,” “ginge,” and “Pepsi Max.”  I know “Pepsi Max” sounds—I actually don’t know what—but this Holloway character also had a history of hitting students in the head, inappropriately talking about sex, and scaring them with voodoo.

A tale from one particular humanities lesson stands out: apparently, a student was misbehaving, so Holloway ripped some hair from the student’s head, wrapped around some key-ring voodoo doll, and warned that if she dropped the doll, the student’s leg would break. And if she dropped in water, what do you think would happen?  You’d drown! She used a similar threat a few days later. This is woman is a witch; this woman is dangerous.

How she remained in her position for so long is beyond me.  Parents were distressed; police reprimanded her for battery, but that somehow escaped notice of her superiors; one student went home with a big lump on his head after Ms. Holloway hit him in the forehead with the heel of her hand and called him an “idiot”, lucky she didn’t bang his head in the table (she really said that!)

Well, ding, dong, the witch is dismissed; the General Teaching Council panel found her actions particularly inappropriate, considering the vulnerability of the students she was teaching.  It’s a shame these poor kids will be haunted by the fact that Ms. Holloway still has their hair, and she could drown them at any moment. If I was on that panel, I’d confiscate those voodoo dolls pronto for the sake of the children.