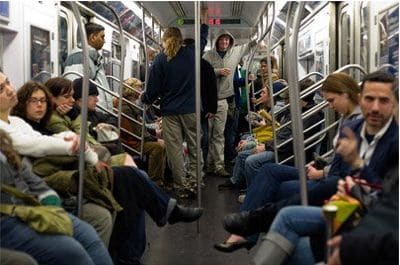 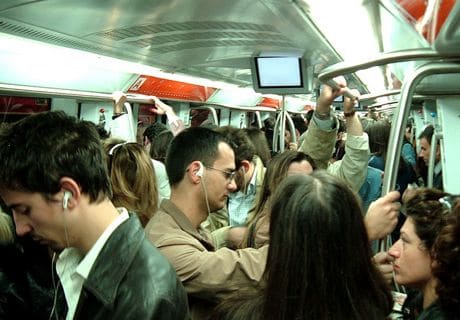 Not so long ago, I was seated on a crowded subway with a female friend. Whilst we were talking amongst ourselves an older woman, in her early 50’s boarded the train and stood by us. It  was obvious by the way she kept looking around that she wanted a seat. That’s when things got uncomfortable…

At that moment a whole series of questions started rushing through my mind. Would I be expected to get up to make room for this woman, was this woman waiting for me to get up and volunteer, should I volunteer, and what if my female friend decided to get up and offer her a seat instead? Would the other passengers accept her prerogative to give up her seat for this woman or would some passengers across the way hold me in contempt for allowing my female friend to get up when it was clear at least socially that it was me who was obliged to give up their seat? But if if was clear I must give up my seat, what had made it clear? My mere gender, the notion that males should always cede to a female or that simply it was the polite thing for me to do?

Out of curiosity I chose not to react at all. I carried on my conversation with my female friend curious to see if the older woman would continue looking our direction, curious to see if some other passenger would give up their seat or whether I had just confused her expression and had presumed that because she was an older woman that she must be implicitly expecting a younger man to make a sacrifice for her?

The more I wondered these thoughts the more I scanned the passengers around me and wondered how I had suddenly become part of a science exam where by default the definition of my gender had come up for intense scrutiny. At stake was the implied responsibilities/behavior obliged of me, whether I felt like it or not and if by refusing to go along with social protocol would that suddenly mitigate my masculinity?

Then I started wondering why I was so obsessed with my masculinity in a car full of strangers? After all it was more than likely I would never see these people again and essentially I was free to do as I pleased short of behaving overtly out of proprietary.

Perhaps it mattered because the woman I was seated with was a woman who it had yet to remain to be seen could potentially become more than just a friend of mine. If that was the case, was all the mental masturbation a show of fatigue on my end because I stood to possibly forfeit her affection, her ‘female’ companionship simply because I chose not to behave in a way that was deemed masculine? Or to put it in a vulgar light, did I risk not screwing this woman because I made no pretense of playing up to token male stereotypical roles?

Whether I chose to get up for this woman could in my eyes hardly define my masculinity but the implicit suggestion from some of the surrounding seated female passengers was – that I needed to step up to the plate and be a man about it- which meant sacrificing my seat. But that posited an interesting dilemma, if I refused to make the token sacrifice would that make me appear less of a man to those around me (more importantly would it make me less of a man infront of my more than potential female friend?) even if I felt it would make no difference to me with respect to my own sense of masculinity.

Worse still, if my female companion chose to get up for this woman, would she hold that against me, because in her mind that was an action that I should have played out- but now, she had been the one to make the sacrifice? Then again, why was it so important that she had to perceive me as a man if I had to win her affections? Was that all just in my head or the implied dynamics when it came to courting?

To cut to the chase- could I only be perceived a man if I behaved graciously and made a show of sacrifice by giving away my seat. Never mind theoretically my female friend could also have given away her seat too and at this juncture in an ideal world who should give up their seat had little to do with one’s gender but compassion and empathy- something that somehow I was expected to have more of.

Then the following thought arose, if my female friend chose not to offer this woman a seat, would anyone suddenly think she was less female? Would her character/femininity be put into question? Which raised the following question, if her character would not generally be questioned, why should mine, or moreover why should my masculinity be held to a higher standard?

Eventually someone got off 2 stops later and the woman took a seat, but all the while I could not