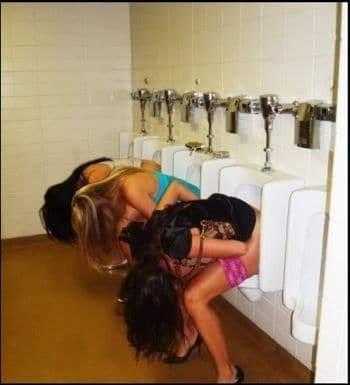 According to a new global study, more gender equality leads to more sex. Which is to say in a round about way, there’s more sex to be had in those nations where there is less sexism. Why you wonder? Let’s slowly unzip our pants and follow this way…

The first clue when it comes to getting laid is it all comes down to supply and demand. The less women out there, the more men are going to be required to put out some fancy stops (like spending money on dinners and impressing the opposite sex with phallic like inducing symbols like your wealth, status, whatever in short society says reiterates your masculinity and thus your ipso facto desirability). At least in the beginning of a relationship.

The study commissioned by the American Psychological Association had  this to say:

“Women’s sexuality has a kind of value that men’s sexuality does not,” he says. “Men will basically exchange other resources with women to have sex, but the reverse doesn’t work. Women … can trade sex for attention, for grades, for a promotion, for money, as in prostitution or sex with a celebrity.”

And why does it work this way you wonder? Because men are preternaturally disposed to wanting more sex than women. Which is to say whichever sex is scarcer has more power.

Traditionally if a man has wanted to get sex out of a woman he has had to offer her a marriage proposal. So if a woman has less ability to make money in society she will correlate her sexuality as a bargaining tool towards that end. So much for gender equality you may wonder, but as this research paper shows, after men and women have sat down and talked about the semantics about gender equality it may in the end just all come down to supply and demand.

As a man you may be thinking the odds are against you, but in instances such as college, the study reveals men have the upper hand because more women as a percentage attend college than men, it’s only when you graduate, as a man you may be held to loftier standards if you are to continue garnering sexual attention from the opposite sex.

And then there is this: “In countries where women are at a big disadvantage, they restrain sex, so the price is high and men make a lifetime commitment to support them to get sex,” Baumeister says. “Men will do whatever is required for sex.”

The moral of the lesson? Start enacting more schemes and attitudes which generates more equality amongst the sexes and you may just be getting yours sooner than later. But in the interim, keep those phallic symbols of overt masculinity in rotation in your conversation, cause unless we end up in another world war, it may what you need to keep getting laid gentlemen. So much for supply and demand.