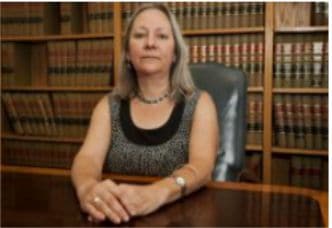 Office dilemmas: If I disagree at my bosses suggestion to dye my hair another color, does he or she have the right to fire me?

Sandra Rawline a 52 year old, until recently, escrow officer and branch manager at Capital Title of Texas was recently let go from her position. Why you wonder? According to Sandra it was the result of her refusing her bosses’ polite suggestion to dye her hair color from gray to some other color which wouldn’t openly betray the fact that she may be an older person.

chron: Rawline said her boss told her to dye her gray hair because the office was moving from Katy to the Galleria area and wanted a more upscale image for its new digs. She said she was also instructed to wear “younger fancy suits” and lots of fancy jewelry.

But what about the part about dying her gray hair? How did that part of the new ultimatum suggestion go down?

Rawline, 52, whose shoulder-length gray hair also has natural silver streaks, said the boss ordered the dye job on a Thursday afternoon in August 2009 — even offering to perform the coloring.

Rawline, who has been gray since her early 20s and likes her natural hair color, said she refused. And by the following Tuesday, she was told her services were no longer necessary and was replaced by a woman 10 years younger.

“This is who I am,” said Rawline, who recently filed an age discrimination and retaliation lawsuit in federal court in Houston.

So in other words her employer’s ultimatum suggestion didn’t go down too well at all it seems.

But before we all go off to the river banks and start screaming how horrible Capital Title of Texas is, let’s find out what they had to say.

Capital Title of Texas said in a statement that it didn’t terminate Rawline because of her age or appearance, but because one of its customers no longer wanted to do business with her.

Didn’t want to do business with her? But let’s back up a second, hasn’t Sandra worked in the industry ever since she started way back as a receptionist in the real estate industry? What happened that suddenly made this particular customer suddenly realize she ought no longer be involved with Sandra Rawline? But then again, life is full of uncanny coincidences and timing. Right?

“Since the customer refused to work with her any longer, there would be no job left for her,” according to the statement, which did not detail reasons for the customer’s preference. The company added that three employees who are 64 years old still work with the customer.

Well that’s good to know that the customer doesn’t mind working with older people, because it doesn’t necessarily seem the employer for their part is. Just a hunch.

But before we jump to conclusions about the decline of corporate America, let’s hear what the company CEO had to say:

Company CEO Bill Shaddock said the allegations are “completely baseless and preposterous” on their face.

“I’d hire a 150-year-old individual if they were worthy,” said Shaddock, adding that he has gray hair, too.

Just out of curiosity, has anyone around the room noticed a 150 year old roaming around? There might be a job opening waiting for them at Capital Title. Or maybe not…

Rawline said Capital Title did not tell her of any performance complaints before or on the day she was terminated. Nor did it contest her application for unemployment benefits, according to Rawline.

“I don’t think anyone should be embarrassed or humiliated for growing older,” said Robert “Bigs” Dowdy, the Houston lawyer representing Rawline.

Real estate clients want to work with professionals based on their experience and ability to explain what’s going on, Dowdy said, not on whether they dye their hair.

So if clients wont to work with professionals based on their experience, why would management insist that Sandra Rawline dye her hair in the first place?

Let’s find out what one employment lawyer thinks?

Elliot Tucker, an employment lawyer with Tucker, Vaughan, Gardner & Barnes in Houston, said employers have wide latitude to regulate the appearance of their employees, such as requiring uniforms, combed hair and tucked-in shirttails.

But they can’t take what’s known as an adverse employment action such as firing, demoting or moving employees to undesirable shifts based on age, sex, race, religion, national origin or disability, he said.

As it currently stands since she was fired 2 years ago, Sandra Rawling has now moved onto another job, working in customer service where she makes $30 000 a year, which is $18 000 less than what she was making when she was politely savagely released of her obligations at Capital Title.

What do you think, should you immediately dye your gray hair should your employer drop by your cubicle and notice the gray strands making their dismal appearance? Or should you just be open to the possibility of being financially moribund just because you weren’t going to have some crack employer tell you how you should or shouldn’t turn up looking to work?