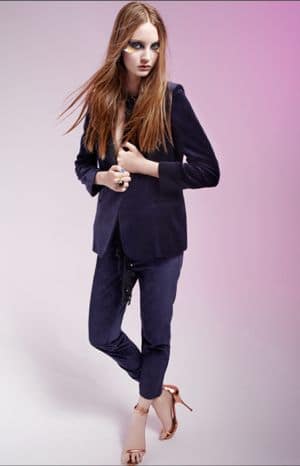 much the industry vows to change its ways its implicitly understood that if most fashion role models, journals (one only has to look at the constant bad photo shop jobs which aim to give us thin) and houses are championing thin celebrities, models and the idea of thin as beautiful then who are they to buck the system? Or to put it another way- why should I as a fashion house be willing to risk a certain allure, benediction from the industry and ultimately my cache and brand by bucking the system?

The large picture on the company’s website shows a young model staring vacantly towards the camera. She has on a large pair of orange sunglasses covering her eyes.

Campaigners said they could have been used to hind sunken eyes – a symptom of under-eating.

The model’s body appears to be severely underweight. The blue top she is wearing hangs limply from her limbs and her waist is painfully thin.

A second image inside the site shows in another outfit which better obscures her thin body. However, he bony fingers can be seen emerging from a cardigan sleeve.

The model, who is not named, is advertising the stores ‘Prim and Proper’ range which claims to be ‘retro styles with a serious dose of ladylike appeal’. 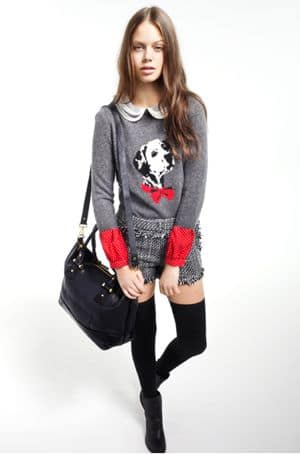 Lady like appeal? This author is reminded of some Orwellian dialectics- where good is bad and bad is good or to put it another way- thin and bony is prim and proper. Nothing that a too clever marketing campaign can reinforce. Or can it?

Miss Moss, 35, was asked in an interview in 2009  if she lived by any mottos and replied:  ‘There are loads of mottos. There’s ”Nothing tastes as good as skinny feels”. That’s one of them.’

In any other industry most people would be appalled, but when you have star models, star editors, star fashion houses routinely and subtly glamorizing skinny – is it any wonder that there are so many anorexic girls walking around preying that they become the next it girl. Never mind any girl a cut above a size 6.

So much for fashion for the masses…. 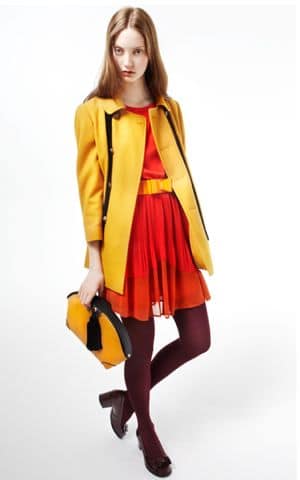 12 year old Tennessee boy kills self: bullied for being gay