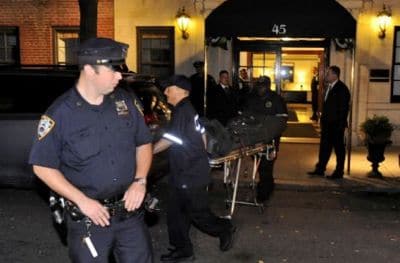 understood privilege but perhaps Mrs Schwartz was beginning to resent her son for being insistent? Resent him for being mentally ill as it is claimed that he was? Or could it be a situation that if she kept giving to her son there would be little money to give to her favorite philanthropic causes which could potentially compromise her ability to play her part in philanthropic circles, and by extension hurt her brand?

Then there is the idea that all Mrs Schwartz was trying to do was to get her son to apply himself and in her own way wean him off. But that may be a tough sell to a son who may begrudge his mother for using the family money to pledge to others but not their own flesh and blood.

Sources said her son had a history of psychological problems, but it was not immediately clear what exactly sparked the killing inside the seventh-floor apartment close to Park Avenue.

Once again the insistence that it was a son with a history of psychological issues that led to this murder, not the potential that the reality as opposed to the illusion of playing a gentry that could have led to strife and strains in the high stakes parlors of Park and 5th avenue.

Schwartz has been charged with murder and criminal possession of a weapon.

Going forward the gilded world of the Park Avenue will be careful to assess who amongst them is playing pretend, dropping hints of turmoil and discord and doing their best to quickly distance themselves from such entities lest now become a liability.

What makes this weekend’s situation incredibly perverse and ironic is where in the past the society set would have argued that they were vulnerable to less than decorous aspects of NY, is how they  have now become victims at their own hands…