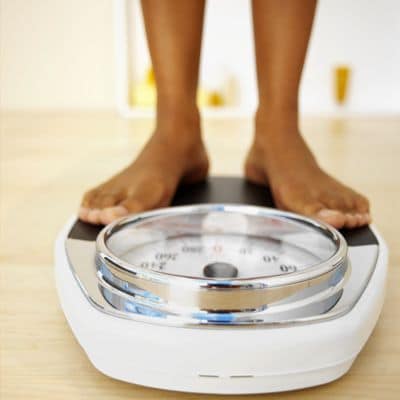 For as many celebrities trying to sell us a healthier way of eating and food manufacturers offering us fat free alternatives, it all seems to fly against the latest evidence that America as a whole is getting fatter. A whole lot fatter.

slatest: According to a new study from Trust for America’s Health and the Robert Wood Johnson Foundation, obesity rates have risen dramatically in every state over the past two decades.

The health concerns are greatest in the South, which is home to nine out of the ten most obese states. Mississippi ranked as the fattest state in the country, with an adult rate of 34.4 percent.

Colorado was the slimmest state, with an adult obesity rate of 19.8 percent. While the lowest today, that percentage would have ranked as the highest in 1995.

All right, we can see how Mississippi is the fattest state with their predilection for fried food and particular affinity for comfort food, but how does that explain why the balance of the nation is getting fat as well?

Racial and ethnic minority adults continue to make up the largest share of the epidemic. Among the national population, obesity rates were the highest for African-Americans and Latinos.

In addition, Americans who made less money and had less education were more likely to be obese. Adults making less than $15,000 per year, for instance, had a 33 percent obesity rate, compared with a 21.5 percent rate for those making at least $50,000 per year.

Is this to suggest that the lower you are on the economic ladder the higher probability you will have of having to opt for food which is easier on the budget but as a corollary ladden with calories. Which is another way of saying if manufactured food is cheaper and more amenable to a wider variety of consumers how is it that so many people are getting fatter? Is it just a fact that manufactured food is plain bad for us, a situation that healthy fresh food costs a lot more or the fact that attitudes amongst African Americans and Latinos is so pervasive that dining on fast food is perceived as the fantastic getaway that it is marketed to that budget group?

Either way one has to wonder what kind of indictment this is on our collective eating habits and those who manufacture food and of course those whose job it is to sell it to us, despite the mortal dangers of over eating such delicacies. Nothing that a diet coke will ever remedy.

What does this mean for the average American?- Health care costs are going to stay high as more individuals end up with diseases and illnesses due to their widening girth. It also means we have the option to counter act this epidemic by watching what we eat and exercising- something that has yet to be invented in a morning after pill….