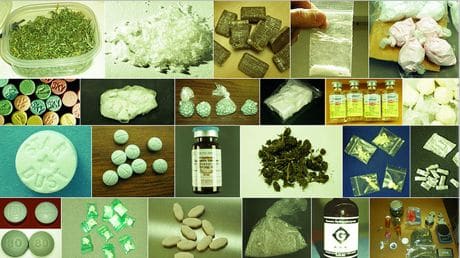 Drugs. Let’s face it, who can live without their high? Not you that’s for sure. Which is why it might delight you to know that there is now a new website where you can buy your drugs of choice without ever having to rely on a scatter brain drug dealer (don’t you hate it when they say 30 minutes and 3 hours later they have yet to appear?), having to rustle the courage to go some dodgy part of town to get the good shit and of course there’s always that price gouging which makes life miserable too.

Which brings us to the little gem write up from gawker.

gawker: Making small talk with your pot dealer sucks. Buying cocaine can get you shot. What if you could buy and sell drugs online like books or light bulbs? Now you can: Welcome to Silk Road.

About three weeks ago, the U.S. Postal Service delivered an ordinary envelope to Mark’s door. Inside was a tiny plastic bag containing 10 tabs of LSD. “If you had opened it, unless you were looking for it, you wouldn’t have even noticed,” Mark told us in a phone interview.

Well, trust gawker to come up with all this. But who can complain? You’ll take your high any way you can get it. Right? So, now let’s get down to the dirty- how does all this new age getting high stuff work. Just in case you were interested of course…

Mark, a software developer, had ordered the 100 micrograms of acid through a listing on the online marketplace Silk Road. He found a seller with lots of good feedback who seemed to know what they were talking about, added the acid to his digital shopping cart and hit “check out.” He entered his address and paid the seller 50 Bitcoins—untraceable digital currency—worth around $150. Four days later the drugs, sent from Canada, arrived at his house.

“It kind of felt like I was in the future,” Mark said.

The future? Can you imagine it- in the future when you wake up there will be a big old casket of the good shit waiting for you in your mailbox and your mailman wont be the one the wiser. Nor will your neighbors, who have been wondering who that strange dude is who keeps knocking on your door at strange hours of the day. Yes- being  a druggie can be bad news- but since it’s what gets you not through the day- why not make it as unpleasant as possible?

Silk Road, a digital black market that sits just below most internet users’ purview, does resemble something from a cyberpunk novel. Through a combination of anonymity technology and a sophisticated user-feedback system, Silk Road makes buying and selling illegal drugs as easy as buying used electronics—and seemingly as safe. It’s Amazon—if Amazon sold mind-altering chemicals.

Used electronics? Faux Amazon? If you say so Gawker. Now let’s get to the gravy bitches.

Here is just a small selection of the 340 items available for purchase on Silk Road by anyone, right now: a gram of Afghani hash; 1/8th ounce of “sour 13” weed; 14 grams of ecstasy; .1 grams tar heroin. A listing for “Avatar” LSD includes a picture of blotter paper with big blue faces from the James Cameron movie on it. The sellers are located all over the world, a large portion from the U.S. and Canada.

Are you filling out your order form now? I bet you are. 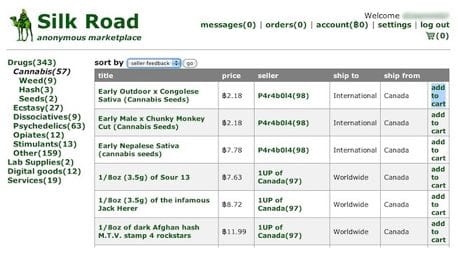