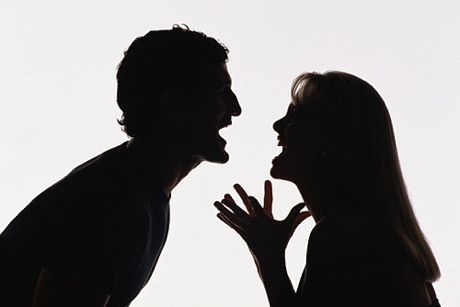 Fifty years ago, the mere mention of divorce would leave many women distraught and reevaluating their lives. Oh my, how times have changed. Nowadays, many couples enter marriage already thinking about the possibility of a divorce, hence the pre-nup.

It was actually Britney Spears who enlightened me on this not so little legal document. If it wasn’t for her drunken night of debauchery in Sin City culminating in her marriage of a few hours, I would never have known that money could cause such drama. Luckily for Britney, her childhood sweetheart meekly backed away sans millions and the pop princess was restored to her rightful position at the top of the Billboard charts.

But divorce isn’t only for drunken celebrities and too rich to care billionaires. There’s a common assumption that the rise in divorce has a lot to do with an increase in individual selfishness. From this perspective, as each generation becomes more self obsessed, the odds of having a successful relationship lessens.

While this may be true, there is a deeper issue residing underneath the surface level. It’s not so much the rise in human selfishness as it is an increase in nontraditional views toward marriage. As divorce becomes more acceptable in society and as people are placing less value on tradition, divorce no longer warrants a scarlet letter on one’s chest.

Instead of drowning in misery over the end of a marriage, women are spinning the story in a way that puts their single status front and center or just not getting married at all. Who could forget when Sheree from The Real Housewife of Atlanta threw an “Independence” party for essentially no reason other than celebrating her freedom from her former husband?

In an interesting twist of fate, it looks like men suffer the most emotionally from a divorce. The Sun-Herald recently published an article highlighting data found from a study analyzing the effects divorce plays on both men and women. While women are often branded as emotional basketcases, it’s the men whose feelings get the best of them post break-up.

Finances are a different story, however. It comes as no surprise that women are usually left poorer after a marital split. Within four years of a divorce, a man’s income jumps up 20% while a woman’s income decreases 2%. Interestingly, men are more likely to describe themselves as “poor” which could be the result of feelings of loneliness that contribute to a lower opinion of self-worth.

For women, their finances may be less than stellar due to a few factors. If the couple has children or if the woman stopped working after getting hitched, it’s obviously going to be difficult to jump from being a full-time mommy who gets paid in hugs and kisses to a full-time employee in the work force. Even if a woman has been working part-time, she may still need to brush up on skills that enable her to work full-time.

So what’s a woman to do with a smaller income and no arm candy? Well, perhaps she can tap into the single ladies market and launch a career in the event industry planning “Independence” parties for newly freed women.