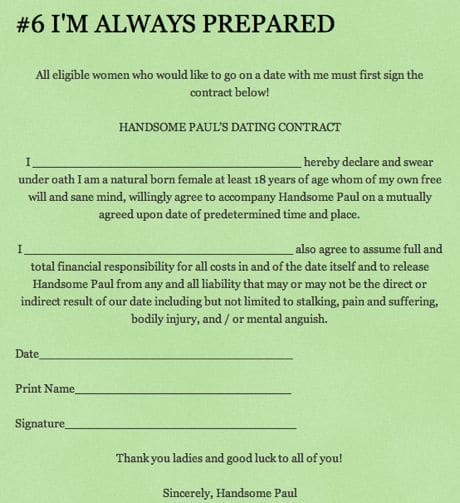 Can anyone find me a wife?

Getting married as you can imagine is a major milestone in most people’s lives. It proffers status, respect, companionship, regular sex (so I have been told) and of course it’s what you do when you finally come across your soulmate.

That said, it’s time to meet Paul ‘Handsome Paul’ Gutierrez (one has to admire Mr Gutierrez’s use of humor, because, to be blunt, he is not at all very handsome, but that nevertheless might bring him the benediction of a woman who has come to believe that yes funny men as opposed to wildly successful, bad boy rich boys are really pick of the litter)  who has embarked on the very public task of finding a wife.

Hitting on the idea of blogging to find a wife, simply called – ‘can anyone find me a wife,’ Mr Gutierrez extols 38 reasons why women should love him (more on that soon) and a collection of his most memorable awkward moments of failed love. All of which leaves this author wondering, what is this guy thinking, and conversely if a woman were to go on a public hunt for a man- how would she in return be received by prospective suitors? Which is to say, how did it become that women now have all the bargaining power when it comes time to settling down- or is that just an over reaction given Mr Gutierrez’ very public plea for matrimony?

And after this lonely heart’s last prospect – a mail order bride – jumped out of a window to escape his company, he might well be the most desperate bachelor alive.

Paul Gutierrez, a 38-year-old former soldier from Illinois with the most tragic relationship history, is calling out to the wider public for help – offering half of his annual salary to anyone who can find him a wife.

A cursory regard of Mr Gutierrez’s blog will find an array of less than compelling reasons as to why we should love him (and one wonders another reason why more women should distance themselves from men like Paul in the first place- oh well…).

One reason he offers is because he once served in the army (a gesture of patriarchal might) but not for long. Another reason is because he is disease and drug free (which is akin to saying he is like 82 percent of the population that to date has side stepped the temptation of self loathing- although one suspects Mr Gutierrez is incredibly self loathing and there in lies most of his problems. Hint- women can barely tolerate their own self loathing, let alone a males).

Other reasons include he has little financial assets to give ( a real eye opener to be sure), that the woman will be a real inspiration (and not the other way round), but at least he comes with hamsters and a future mobile home- which should see most women running for the doors. But of course Mr Gutierrez isn’t looking for most women- he is looking for the one. She is after all bound to show up one day. Maybe.

Mr Gutierrez insists he has never before had a girlfriend, which does not seem completely unlikely.

‘I’ve never had a girlfriend in my life … Ever … Though I thought I did once … That is until her boyfriend showed up,’ he writes.

He also mentions his dalliance with mail order brides on the site, although these were just as unsuccessful.

And yet for all of Mr Gutierrez’s obvious defaults, which he tries his best to make charming (the way a woman used to make her defaults charming at another point of time when it was understood that she had to come up with the dowry to assuage a potential partner) one can’t help but be smitten by him. 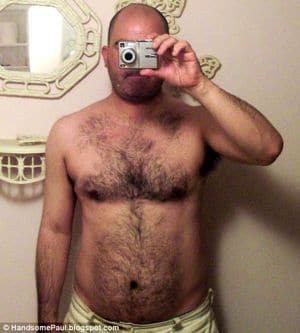