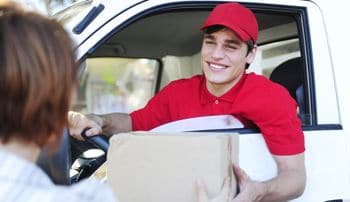 Is it better to smoke the good shit or report it to your local police station?

There seems to be an interesting trend going on lately of either drugs or bombs turning up unexpectantingly in people’s mailboxes- a dilemma to be sure.

Defusing the bomb could be tricky- so that’s easy- returning the bitch would be your first option, but what about it’s the sweet nectar you could go for a ride on right now?

Well in one town of Upper Darby, Arizona, a resident came across a 5 pound package of the good stuff waiting for them on their doorstep. Similarly the week before a similar package had been sent to an elderly couple – it goes without saying that if you’re reading about it in the press – these folk decided to let the police in on it. Which depending on your state of mind- could be a good thing or bad thing…

delcontimes: Detective Capt. George Rhoades Jr. confirmed the marijuana in the box was similar to that delivered last week to Heather Road, with the same precautions to mask the pot’s pungent odor.

“The marijuana was wrapped in a plastic trash bag, then in plastic wrap,” Rhoades said of the bundle. “The package was dipped in vinegar, covered with more plastic wrap and then dipped in oil. After that, it was wrapped in blue painter tape. The delivery to Heather Road was compressed marijuana into three bricks. This one was not.

As you can see someone really wanted someone to make sure they got a pass on a gravy afternoon (undetected, of course). And while they were at it- to repackage it in tiny little packages in exchange for money, which one imagines could be used to finance more good times.

Then you had the interesting case of the good shit landing on Dr Toothy’s Dental office in Chinatown- NYC – last month:

gothamist: A month ago, employees at Dr. Toothy’s Dental Office in Chinatown were shocked when they received a delivery of a 31-pound brick of marijuana, we assume from the Marijuana Fairy. Now, two Pennsylvanian residents have also received surprise packages with pounds of marijuana, worth $22,400 each on the street. So what the heck is going on with dealers? Is this becoming a trend? And is there any way we can win this lottery?

So as you can see there seems to be a lot of the good shit flying around the country and not necessarily to the party it was originally intended for (unless it was a good samaritan trying to cheer you and me up) .

So now- let’s get back to the original question. What should you do if the good shit should somehow up and land on your doorstep?