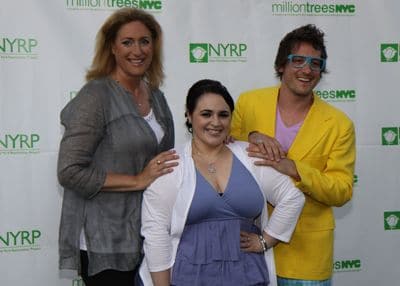 I’m still trying to wrap my mind around this but for now I’ll just put it down to another example of NYC publicists heavy handling of the press and their awful power trip. One just wishes they would just put away their ego and let us do our job. But that would be too much for some I guess. Woe to you Mr Bloomberg and the coverage we only wish we could have given you.- The Editor- Scallywag.

His honor Mayor Bloomberg was gracious enough to host the 10th annual Spring Picnic with Bette Midler, film & singing star and founder of NYRP: the New York Restoration Project.  It’s a noble and generous foundation, their sole objective is to breathe new life into New York’s parks and playgrounds by donating and planting new trees in all five boroughs. Alongside MillionTreesNYC, they literally get their hands dirty by making New York a cleaner, safer, shadier (in a good way) place to relax and play.

I would be delighted to tell you all about their picnic, celebrating another year of hard work with sterling greener results. It’d be my pleasure to regale you with stories from last night, and share jokes or even a bon mot that the esteemed hosts and guests surely enjoyed.

The publicists, the Mayor, or perhaps someone at NYRP wrongly thought it’d be appropriate to invite the Press to report on an event we weren’t technically going to observe.

This was the height of bad form. Very bad form indeed. 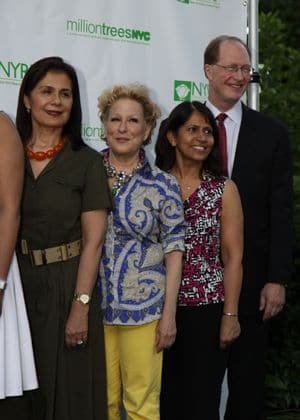 Let me illustrate to you how this works, Powers That Be. People read the news (and other more socially-minded publications) to glean information about events that they don’t witness firsthand. That is where the writers come in. Journalists watch events unfold, and then we write about it.

Photographers have a similar role.  They have to be there, in person, observing the event du jour in order to take pictures of it.

It’s a symbiotic relationship between public figures (like politicians and celebrities) and their public. If you want us to pay attention and know what you’re up to, we have to actually see what you’re up to.

I understand perfectly if you wanted it to be a low-key affair. Just a few hundred select guests that are involved with the effort itself. You want privacy? Absolutely fine. THEN DON’T. INVITE. THE PRESS.

Chefs don’t invite critics to their restaurants if they’re not going to taste their wares. Producers don’t invite reviewers if they won’t actuallysee the movie or play.  Artists don’t invite you to galleries if they don’t show you their work.

Did you think we’d embarrass you? Or ruin the evening, somehow? I can’t speak for my colleagues, but I’ve acquitted myself before A-Listers, foreign heads of state and royalty. I can handle a garden picnic. Seriously.

Our job is to linger in the background. Record. Don’t get involved, don’t interfere, munch on an appetizer. That’s pretty much it.

Regardless, I was invited to write about an event I didn’t actually see. “Your coverage is invited.” Let’s dance.

Ms. Midler, a pillar of generosity and charm, thanked her guests effusively for coming and sharing a wonderful evening  in celebration of the NYRP.  Halfway through the evening, the groundhog from Caddyshack appeared and stole a tablecloth, bringing the table down as he scurried off. Glass broke, silverware clattered, and three women fainted humorously.