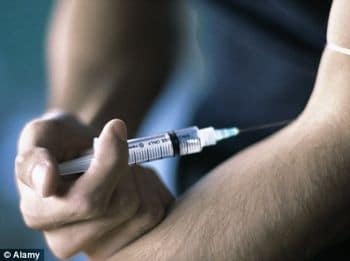 Getting high in a safe heaven will save your life.

A new study to be published Monday shows that fatal overdoses of heroin have dropped 35 percent in a Vancouver suburb, bringing to light that rather than vilifying the use of intravenous heroin, bringing it to a safe haven might just help users stay alive and eventually get off heroin.

globalandmail: “No one has ever been able to demonstrate a substantial reduction in overdose deaths due to the presence of a safe injection site, but we have done so,” Thomas Kerr of the Urban Health Research Initiative at St. Paul’s Hospital in Vancouver- Canada said in an interview.

Until now, research has shown that Insite reduces behaviours that lead to deadly infections like HIV and hepatitis C, and it reduces public disorder by getting intravenous drug use off the streets.

Good news one supposes. But will the results of this study help engender other safe sites to come to being, or is the public’s appetite for such venues and further more the financing of said operatives too dubious or less than wholesome to be considered?

But the federal government has argued that the evidence of benefit is unclear and tried to shut down Insite.

This has lead to a protracted legal battle – one that has become an important jurisdictional struggle between the provincial and federal governments. Both the B.C. Liberals and New Democrats support Insite and the program has the strong backing of the provincial health officer.

And what do the administrators of the safe site have to say?

The authors argue that having overdoses occur in a controlled setting is much more cost-effective because it takes pressure off the health system.

“The nurse saved my life when I ODed,” said Gary Kyle, who has been an IV drug user on-and-off since 1977. By contrast, he once overdosed on the street, which required the intervention of paramedics, a visit to emergency and hospitalization.

But will this inspire governments to finance such operatives or are as in most Western states still clinging to the idea that such things don’t happen and if they do happen they only happen to a segment of the population that really doesn’t matter? Or worse still to finance such operatives would somehow legitimize the use of drugs and the perception it’s ok to get high?

Conservative Senator Pierre Claude Nolin, a long-time supporter of Insite, said he was reluctant to speak during a federal election campaign, but the new evidence is clear.

“Public health programs like this need to be evidence-based, not politically driven,” he said. “And the new evidence proves that it works, that Insite reduces overdoses,” he said.

Which raises the ultimate question, can a society really ever come to terms with what inflicts it before turning it into a political see saw game while an addict lives in a kind of stalemate of their being?