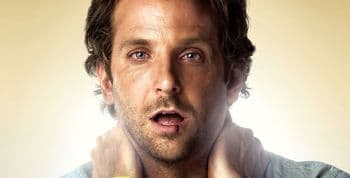 You had a couple belts last night and you’ve waken up in a fog. You’re parched, nauseous, and there’s something funny going on with your head. Let’s face it– you’re hungover.

You’ll likely remain in bed and go with the channel-surfing/hydration combo until the world starts to seem a bit more rosy– unless of course you have to go to work, in which case your personal brand of misery will be impressed upon us all.

Your productivity will lag due to your clouded thought process, so hopefully you’re performing some menial assembly line task. I certainly hope you’re not a… gulp… Surgeon…

USNews:  Surgeons who drink to excess the night before they operate are more likely to make errors the next day, even as late as four in the afternoon, according to a novel experiment described in a recent Irish study.

Given the debilitating nature of your standard hangover, you’d think this would fall under the category of “this is common sense, of course you want to be as sharp as possible while operating on patients,” but I guess we needed this Irish study to enlighten us.

And I guess we need some new legislation for our scalpel-wielding winos.

Unlike airline pilots, who have had to follow a “bottle-to-throttle” mandate restricting drinking before flights since 1971, surgeons have no “bottle-to-scalpel” rule.

In the medical profession, “doctors are expected to be substance-free all the time on the job, but there’s no real rule of [drinking alcohol outside of work hours],” said Dr. Albert Wu, professor of health policy and management at Johns Hopkins University Bloomberg School of Public Health in Baltimore. “If their findings are replicated, it would reasonable to [restrict] alcohol consumption ‘x’ hours before assuming duty.”

As Spiderman taught us: With great power comes great responsibility.

While the occasional escape from the pressures of life may have some value, it is a matter of life or death once the slicing begins. Let’s give these highly educated men-of-precision a chance to right the ship before we officially replace them with their sober counterparts, robots.