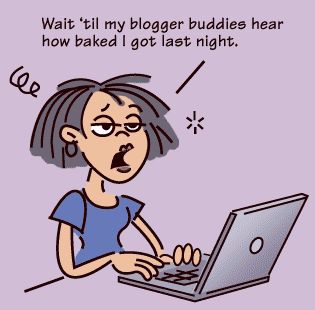 If I blog for you and you make $305 million don’t I deserve a piece of the pie too?

At the heart of the matter is whether Huffinton Post alumni should be entitled to the spoils of it’s owner’s (Arriana Huffington‘s) recent windfall pursuant to her journal’s merger with AOL. Arianna thinks not, but the contributors who many have been contributing sans a paycheck feel otherwise.

latimes:  Jonathan Tasini, a social activist and commentator, is suing AOL and its newest purchase, the Huffington Post, over claims that he and other writers weren’t paid appropriately for their work.

Tasini’s suit, which is seeking class-action status and was filed on Tuesday in a New York U.S. District Court, argues that none of the $315 million AOL paid to buy the Huffington Post has gone to the writers and producers of the news and opinion website, while estimating that about $105 million should have.

Strikes us as rather reasonable. If my content helps you make money I ought to be rewarded something after the expenses of running the business have been met. Or does it? And while we’re at it- why $105 million and not $205 million or some other figure?

“TheHuffingtonPost.com has been unjustly enriched by engaging in and continuing to engage in the practice of generating enormous profits by luring carefully-vetted contributors, with the prospect of ‘exposure’ (which TheHuffingtonPost.com deceptively fails to verify), to provide valuable content at no cost to TheHuffingtonPost.com, while reaping the entirety of the financial gain derived from such content,” the complaint said.

So the pay is the exposure I’m suppose to get? Never mind the cost I incur of surviving so I can give you all that free content that you sell advertising space on. Hmm.

What does Huffington think about this?

Mario Ruiz, a spokesman for the Huffington Post, said the suit was without merit.

“As we’ve said before, our bloggers use our platform — as well as other unpaid group blogs across the Web — to connect and help their work be seen by as many people as possible,” Ruiz said. “It’s the same reason hundreds of people go on TV shows to promote their views and ideas. HuffPost bloggers can cross-post their work on other sites, including their own. Aside from our group blog, to which thousands of people from around the world contribute, we operate a journalistic enterprise with hundreds of staff editors, writers, and reporters, all of whom have commensurate responsibilities — and all of whom are paid.”

So Huffington is essentially saying no go- be happy you got to sit on the bonnet when we went on our Christmas dinner. And for those of you not a full time employee of Huffington, please keep your hands off the after dinner cherries.

What do you think, should a writer who’s source is making a windfall off the back of their efforts be entitled to a piece of the pie? Or is it just better to give up and not become a writer, or at least wise up to the idea of ever writing for the Huffington Post…

Fallout from AOL and Huff Po: Is There Life After Professional Journalism?