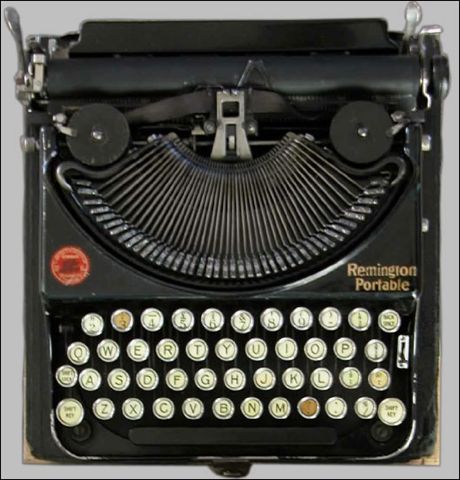 A particularly snarky sense of desperation and existential angst has gripped the news industry since the announcement of the AOL/Huff Po merger, catalyzing some of the only frank criticism of what is still apparently a multimillion dollar industry (provided you intend to, allegedly, exploit your employees), and calling into question the very feasibility of professional journalism in the 21st century. A strange notion, no doubt, but for that reason one that I should like to examine.

The sharpest voice of opposition against ‘AOLington’ (prepare yourself for that coming media revolution) has so far been the LA Times’ Tim Rutten, who wrote the following:

The media-saturated environment in which we live has been called “the information age” when, in fact, it’s the data age. Information is data arranged in an intelligible order. Journalism is information collected and analyzed in ways people actually can use. Though AOL and the Huffington Post claim to have staked their future on giving visitors to their sites online journalism, what they actually provide is “content,” which is what journalism becomes when it’s adulterated into a mere commodity.

Rutten uses this analysis to make distinction between ‘journalism’ as useful and ‘content’ as that which, essentially, uses its consumer; saying of forcing reporters to essentially excrete ‘five to 10 stories per day’ chosen solely on the basis of traffic potential: “It may start with exploiting reporters and editors, but it inevitably ends up exploiting its audience.” Mainly the commentators whom, on the Huff Po, have been driven to produce “the bulk of the site’s content,” free of charge… though, if they’re lucky, they can receive Super-User badges.

In a followup press release, Jason Linkins, a (supposedly) paid Huffington reporter takes on a boyishly naive tone and explains that the chief difference between who gets paid and who doesn’t at the Huff Po is solely one of professionalism versus amateurism.

He writes, “Being a paid employee comes with many expectatio ns and responsibi lities. Let’s run some of them down, shall we? First of all, there’s this expectatio n that on a daily basis, you will show up and do work. In an office and everything ! There you are subject to things like deadlines — you actually have to produce writing on a regular basis. You receive assignment s, from editors, that you are expected to fulfill in a timely fashion.” Unpaid Huffington bloggers on the other hand, says Linkins, write only when they feel like doing so, with no daily pressure put on them.

Linkins is understandably smug curt — as would be anybody desperately defending his professional necessity — but it’s not until much later in the article, in what becomes his most lucid moment of argumentation, that he points out: “it’s a dramatic change in your life to go from somebody who’s writing whenever they feel up to it, to someone who has to come in and make high quality contributions on a regular basis — even when that sporadic writing is brilliant writing.” This, of course, is as much as concession that amateurs are responsible for much of the more brilliant writing — the kind of writing, we could very well assume, that readers find useful, if not ‘journalistic.’

But what Rutten and Linkins both fail to address is the very nature of this continually blurring barrier between work and play, the consequences of shoddy professionalism pitted against superb amateurism, and the greater implications of re-structuring our perceptions of these divisions.

What becomes difficult, is deciding what we should we do once work becomes inseparable from play, as all our lives become an endless artwork (or social game) wherein we — or our meticulously groomed online alter-egos — are constantly producing content for publication, even if not for an editor’s arbitrary deadlines per se.  In light of this, I would argue, it is well past time to re-think the whole of our creative economy, especially now that our once static outlets of creative expression have become fully interactive, authorship increasingly collective.

From a broader perspective, we may wonder why it is that those who’ve chosen to condemn the nature